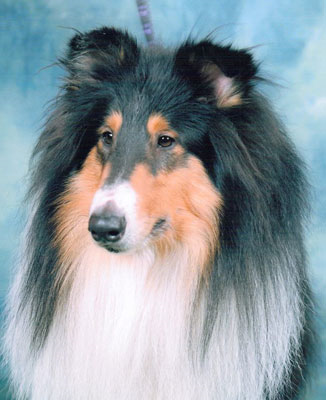 Having to write an eulogy for another of my wonderful collies is so hard, but here is Houdini’s story, it began 10 years ago when he and his twin sister were born. Jet was there mother and an import from Canada pride was there dad. 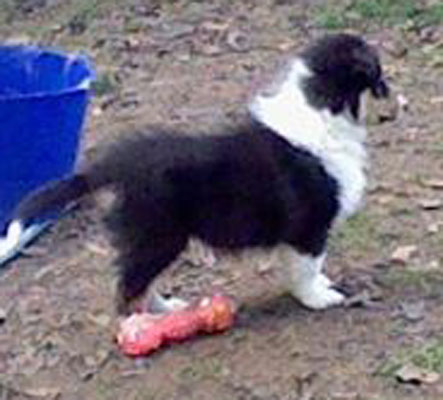 They were twins born in the same sac so there was not a lot of room and once born I noticed a problem Houdini's left back paw was turned upside down so the pink pad was where the fur should have been and the same leg was across the body and I couldn't move it straight Candy his sister had the exact same thing but it was her right foot and leg.

I took them to the vet ( they were a few hours old) vet reckoned he had never seen this before and told me to put them to sleep or to have the leg amputated as they would always be deformed and would not be able to walk. He then offered splints but these would need to be extended every 3 days as they grew with no certainly it would work. I thought no this is not happening so I took them home and for the next 4 months we worked on massaging and pulling and manipulating the leg hip and rotating the foot bit at a time, we never gave in. Even doing this every 3 hrs through the night as well. Slowly bit by bit the foot turned back to how it should be, the leg became supple and began to move into the correct position, then they both begun to stand on the foot and it beared their weight, then they could run and play as normal puppies, success, the girl was a sable and my friend wanted her so I gave her to my friend and the tri..well I didn't do this mating to keep one but what could I do. I had spent every minute trying to save these two, and now I couldn't let him go....now for names ..the girl was easy to name twentyfourcarat ( pure gold) and the boy..i couldn't decide... then it came to me what else could it be but heaven can wait for his kennel name and Houdini was known for escaping death defying feats, so it could not be anything else but Houdini, a special name for a very special dog. 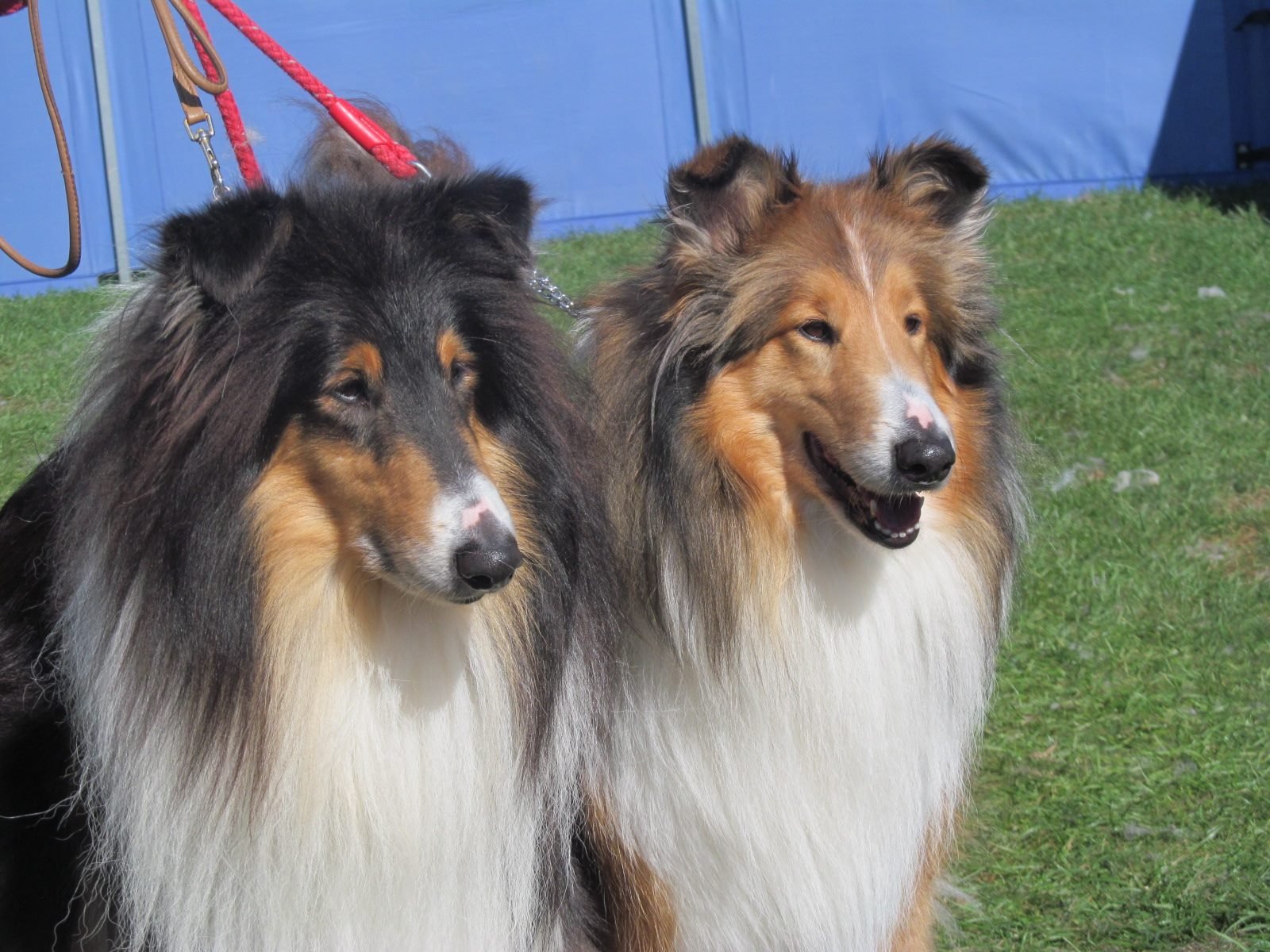 Brother and sister together

He was only 7 months old when I became very ill and friends had some of my dogs whilst I received treatment and Houdini went to Yorkshire he was there for 6 months and all that time I never saw him. On the day I was to pick him up I was seated in the field waiting for him to be let out of the kennel, all the time I was afraid he wouldn’t remember me, I was so nervous if he didn't know me how was I going to be able to take him home, well when he was let out of the kennel I saw this big fluffy tri dog come racing up the hill towards me he ran straight passed me, I held my breathe but didn't speak just watched him. He then stopped sniffed the air turned around to face me, the look of puzzlement on his face, then it hit him and he rushed so fast and jumped into my arms and licked my face, I will be honest I cried, Hoods remembered, he hadn’t forgotten me our bond was forever. 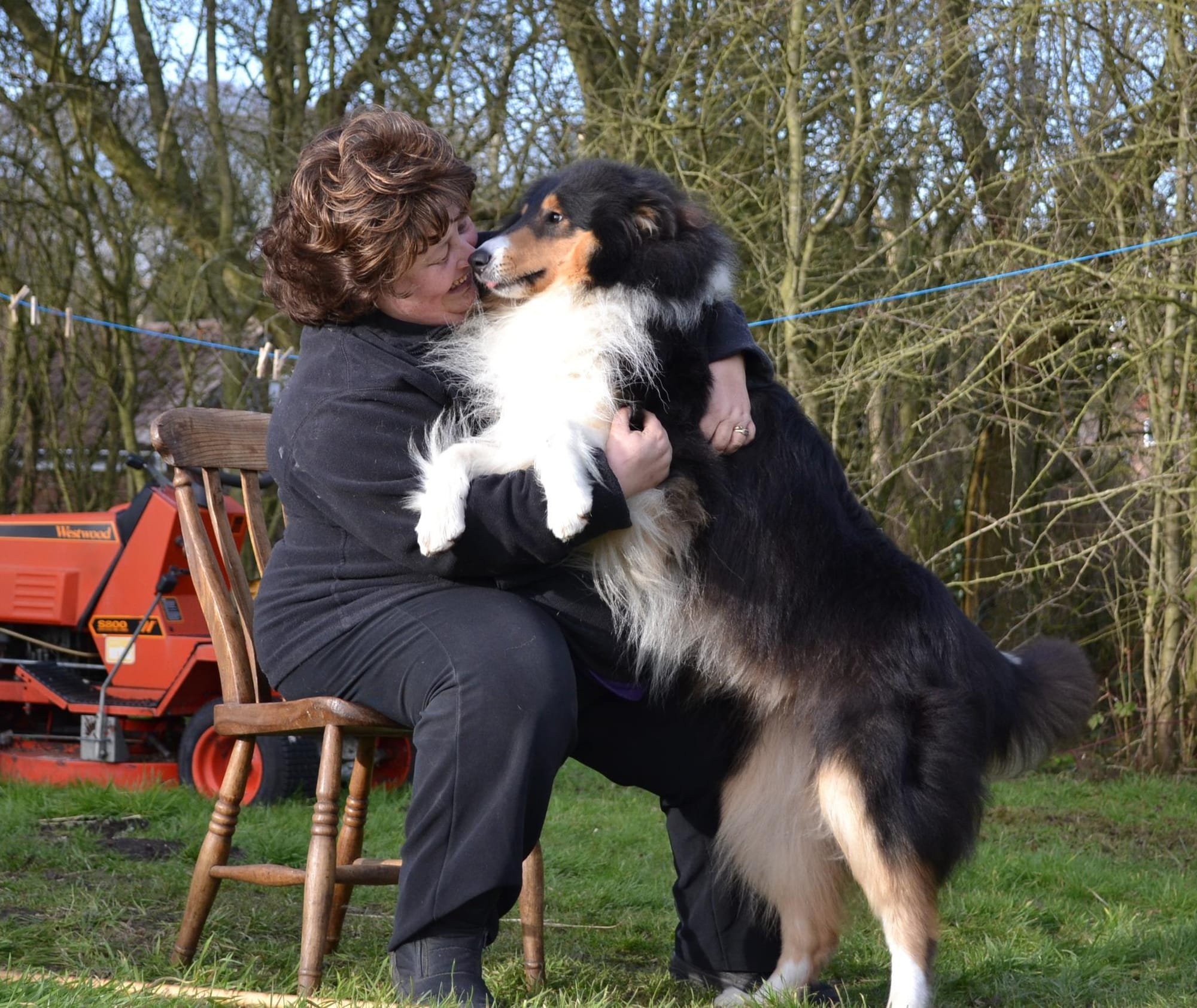 I started to show him always thinking that the judges would notice something with his movement but they never noticed anything he was always sound never limped and that leg was perfect. He won many places and also a few B.O.B’s and B.P’s and a few groups he even went to Crufts  but as he got to be around 3 he didn't seem to enjoy the shows as much, so his decision I retired him, he stayed at home and enjoyed the good life. 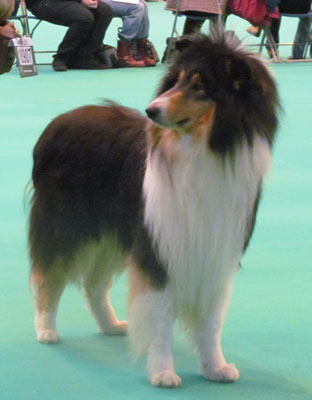 He was very happy and full of fun he liked to do his own thing and be one of the gang, he never fought with any of the other boys and he was just one of  the gang. 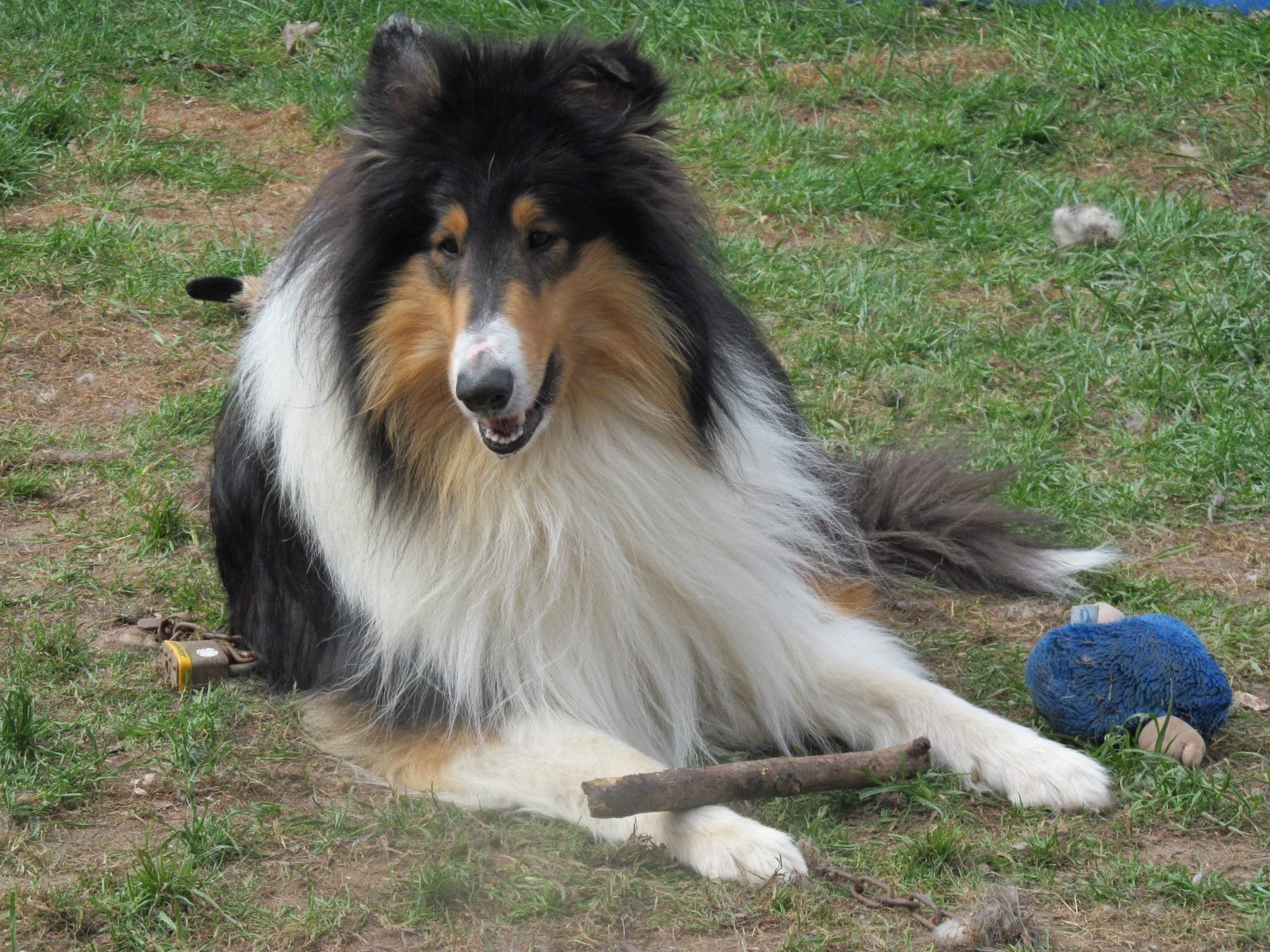 He liked the girls ( of course) and I did mate him to Winter and I kept a tri girl named Magic and  so he lives on.

Houdini or hoods as I called him was so special, he fought hard to live when he was a pup, and was such a happy chap and loved nothing more than to run free and be with me, he loved the sea and the sand and the wind playing with his coat. To say he was loved just dosn’t cut it and all that met him fell under his spell so hoods your free enjoy eternity and I will see you on the beach, night my very special boy.