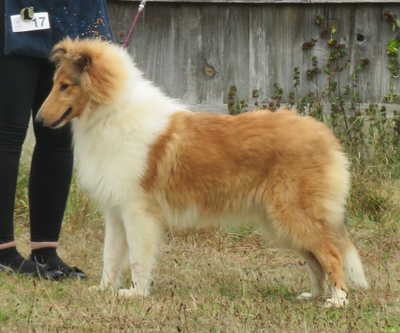 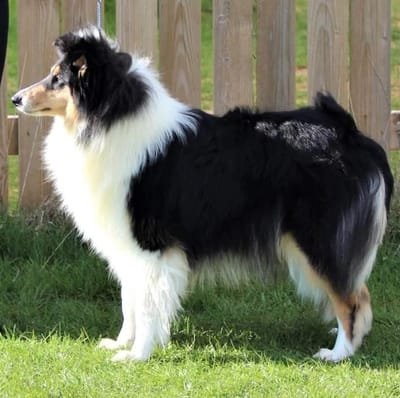 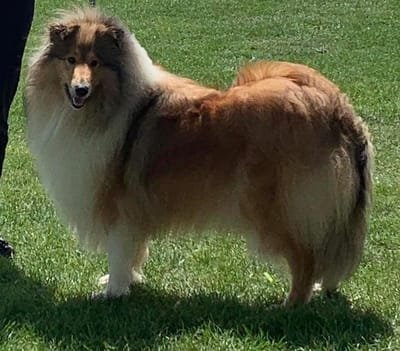 I wish to introduce myself I am Catherine Moore and I am the big sister of Georgie who shows Patricia’s collies, and I am the one who does the admin here at caprioara/ Omordha.

I have been around animals all my life, I have had rabbits, birds , fish, pigs, horses , cats and dogs . I went to college to study animal care which I gained up too level three, but when uni was to much money for me and I needed a job I applied to do art and craft for a hour a day at my local care home , when i went for my interview I must of done something right as i walked away with a full time care job , after a 2 week of training I was put to work and a year on I become senior care , I loved the job but as you can guess its very hard work and stressfully.

I started my life with dogs at a very young age , my mum had a rough collie when I was young his name was Nookie (yes I have heard all the jokes) he was a very dark mahogany sable, it hit my mum hard when we sadly lost him. I had my own rough collie at the age of 13 his name was Bear another sable boy who sadly only lived until 9 years old , after losing him we waited a long while until we got another which brings me to how I meet Pat and Barry.

All most 7 years ago we saw an advert for a blue rough collie puppy boy, after we had been searching for over two years to find one , after calling and speaking to pat we booked a time to go see him and hopefully bring him home ,so we travelled all the way from Wales to Essex to buy this boy, mum named him Pacer after Elvis Presley character in flaming star , so that’s how we met Barry and Pat

We became friends with them and then after about a year we heard that pat was very ill she had spent a year in hospital suffering with cancer, she had many rounds of chemo treatment and was in need of a quiet peaceful place to get better in, so we offered them to come and live with us including her dogs, we sort of adopted them, so for the past 5 years we have lived as one mixed up family.

With Barry and Pat living on the farm , we saw them going off to show with there dogs and my sister Georgie started asking question and then wanted to give it ago , so she started slow and now the reset is history .

When we picked up Pacer I meet raffles and wanted him lol , but understandably Pat was keeping him , so I said to my mum when pat next has a litter i would like one not knowing at the time pat would fall ill and not have another litter until moving to our farm . Fast forward a year after moving in secrets had a litter and without knowing would she would have i ask for the first tir girl . My partner Ant bought that girl for me and i named her Cola as her dad name is soda , she is the one that has started my O'mordha line. Now I I have bought 2 more girls one tri named rain and one sable named pixie for Georgie to show , so we will see what the future holds.

O'mordha how did I come up with that name

To those who know me know my grandad was and still is my world , so when it came time for choosing a affix I wanted something that would honour him , I got thinking and i know my Grandad family come form Ireland and so set out to find a Irish Gaelic word, it was my mum that ask what Moore, my Grandad , our family last name was in Irish Gaelic , when I looked it up it was O'mordha so I applied on the kennel club and got accepted thankfully, so now we will have to wait to see what we can make of it.