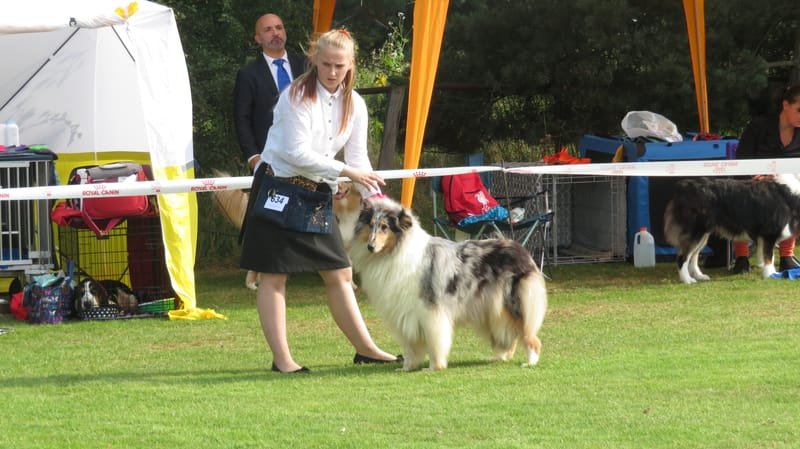 Judge for the roughs was Lisa Tyler-Jackson 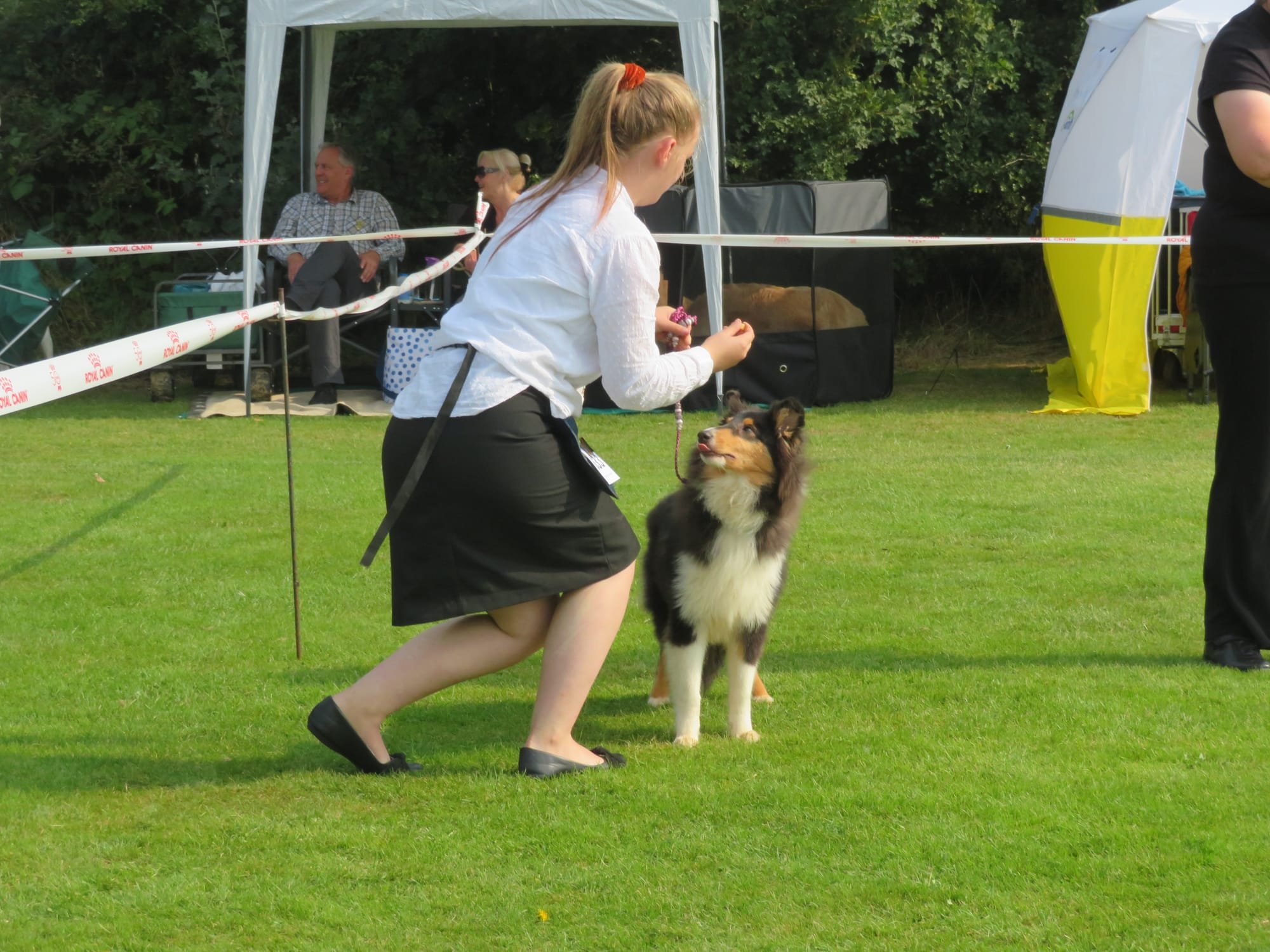 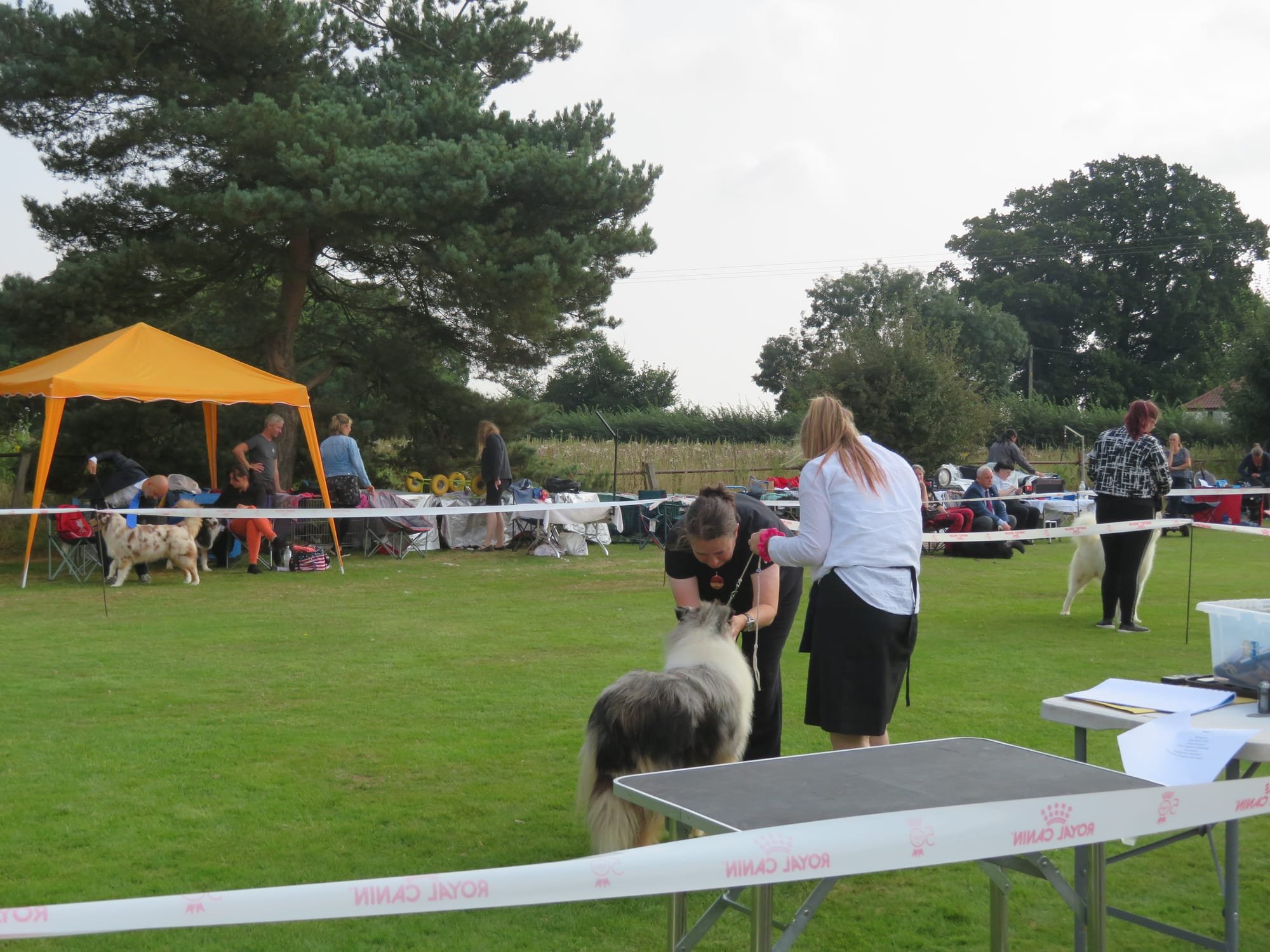 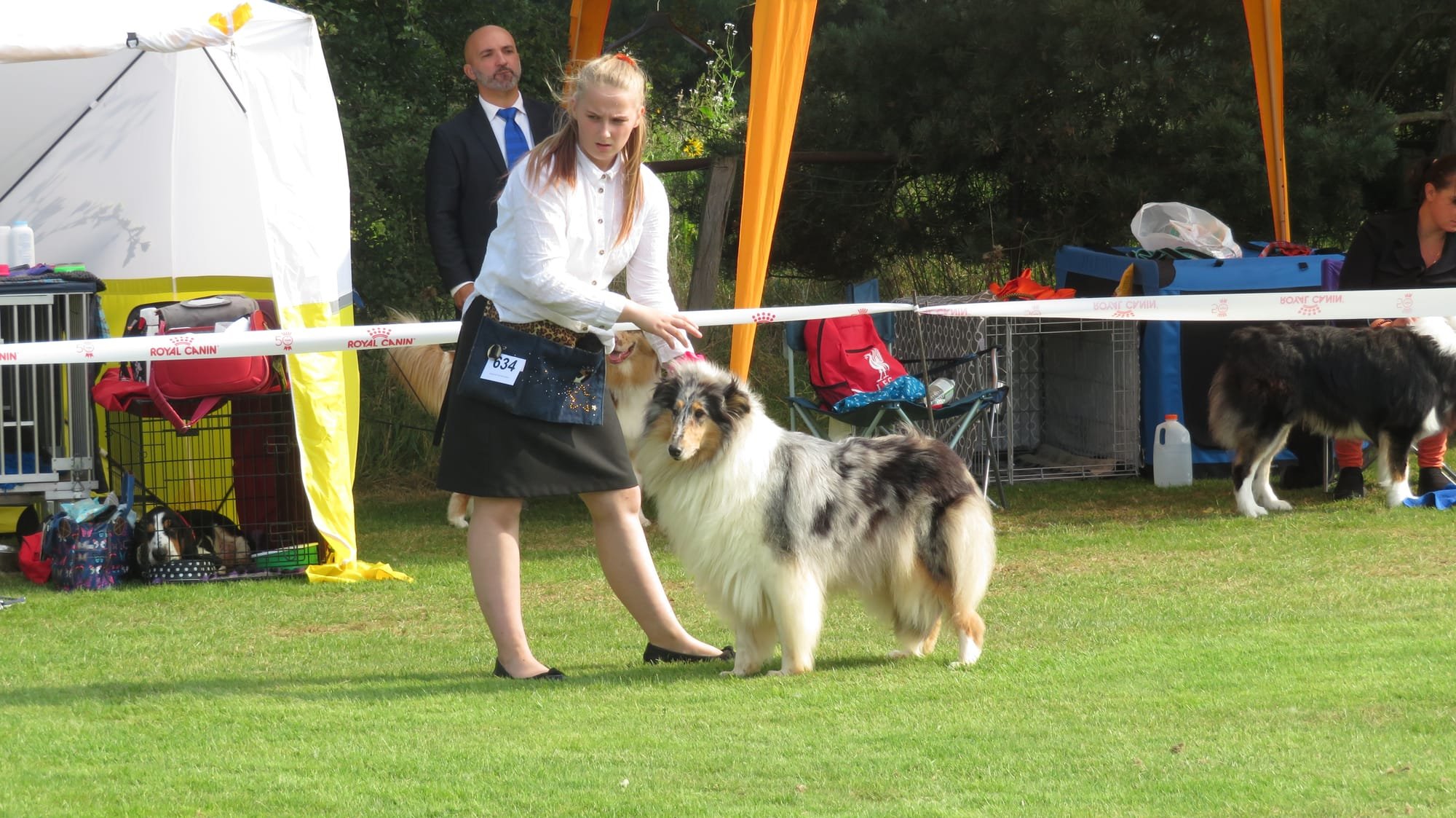 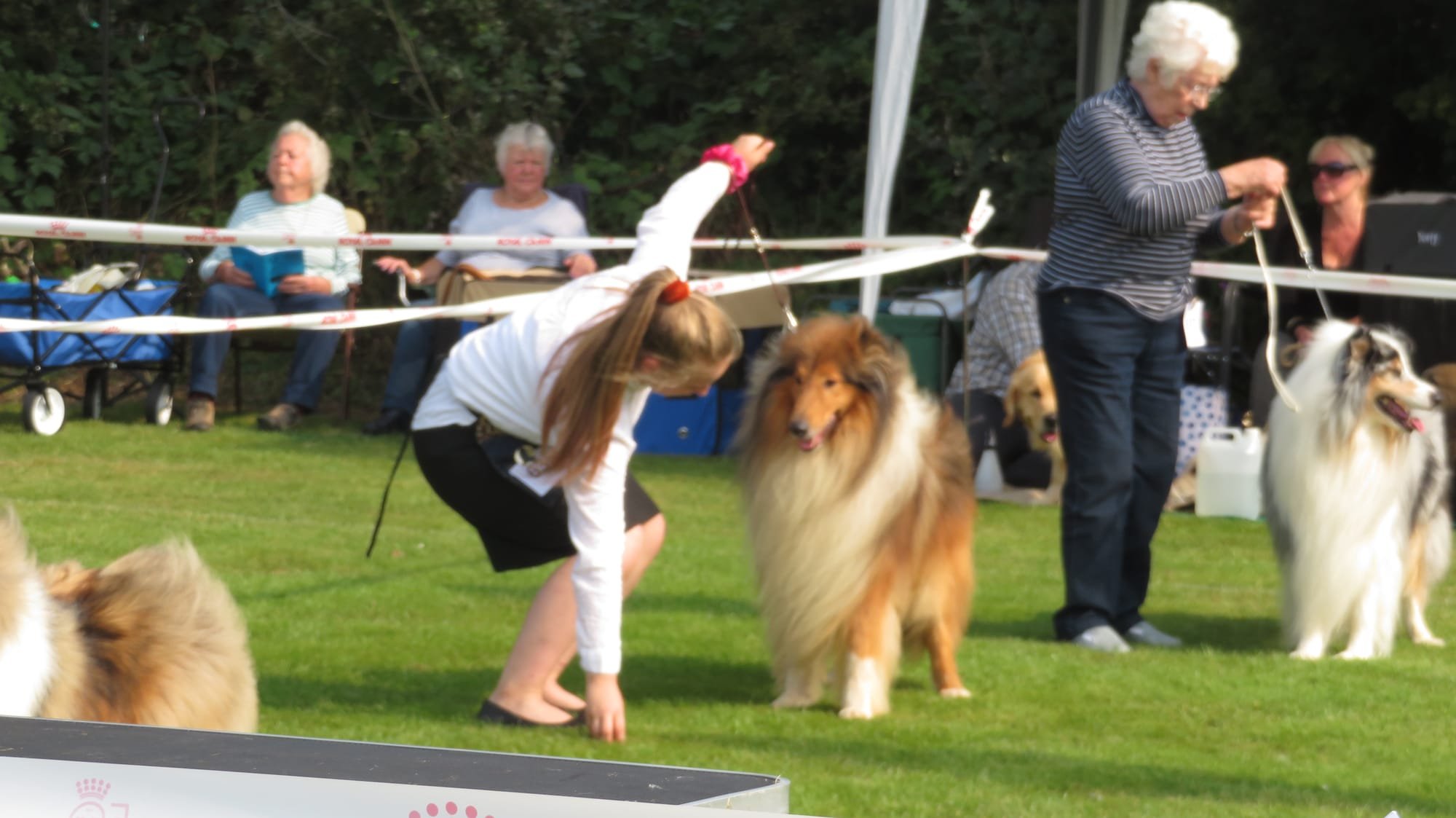 The judge for the smooths was Maggie Forman 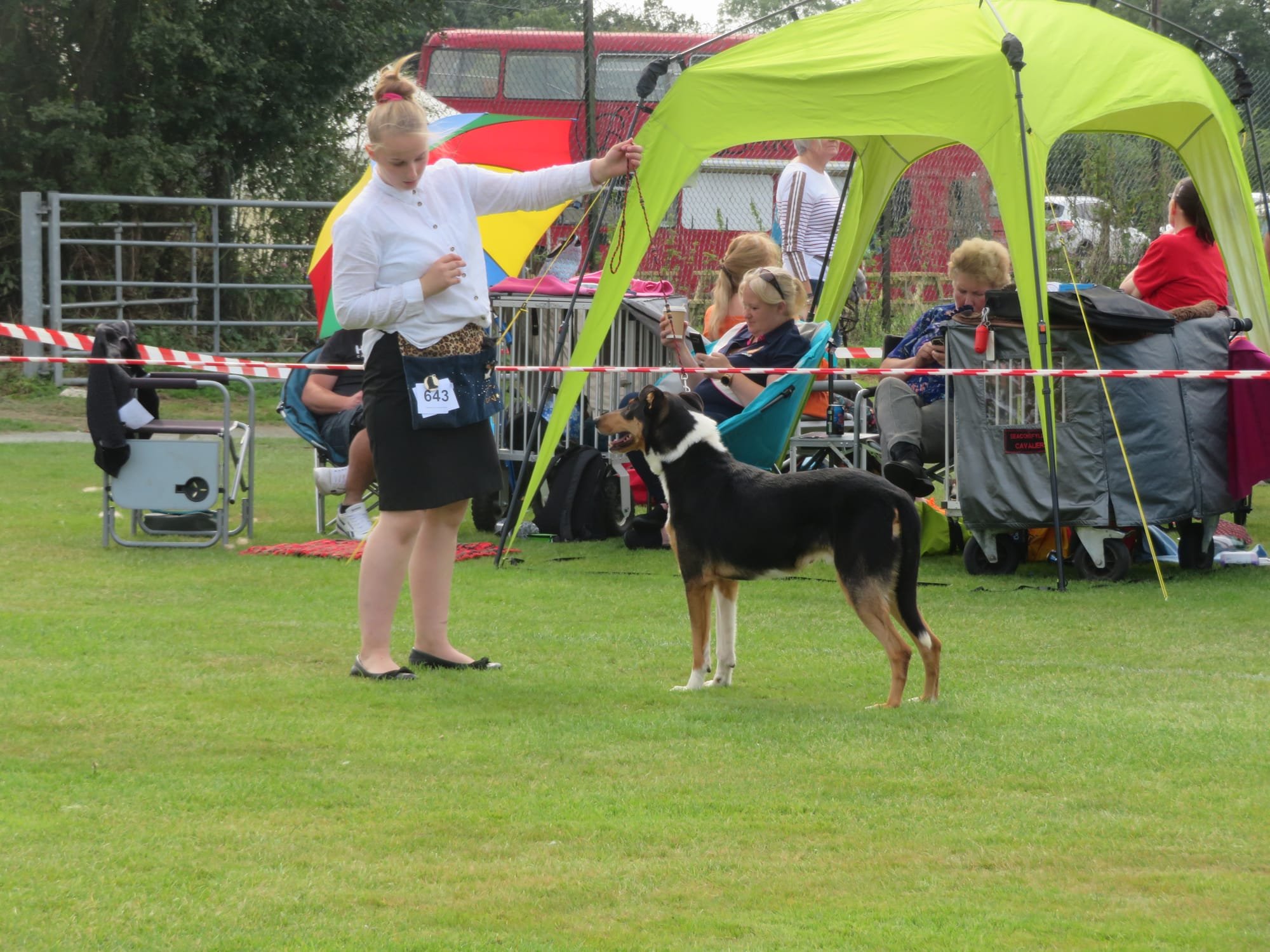 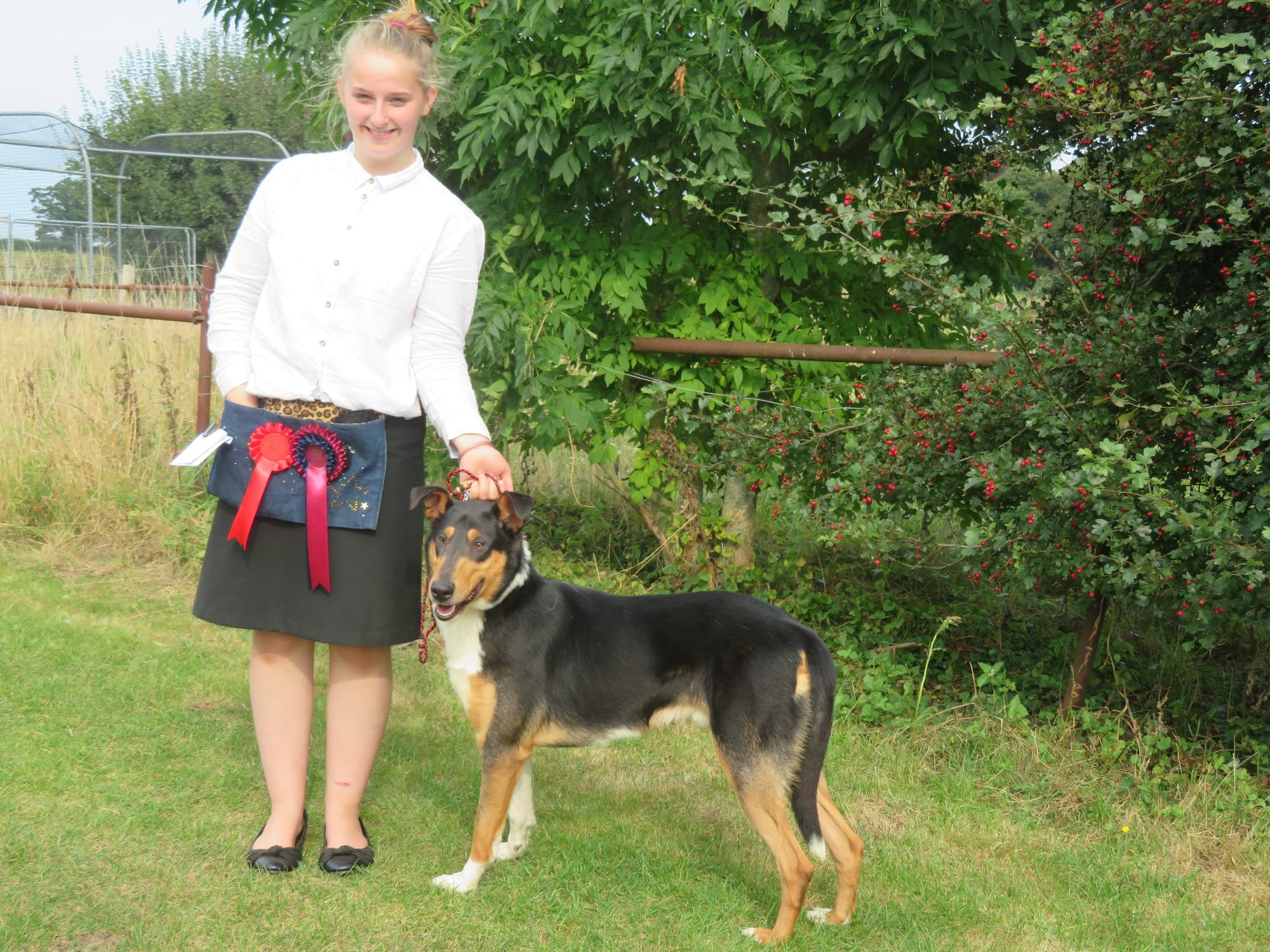 Plenty of drive from the rear excellent tail carriage, got a lot of growing to do, but she is a very promising pup, was happy to award Best puppy and also puppy group 4.

Yearling 1st Corben’s and Moore’s Welanga winter Carols via Caprioara b/m youngster. Nice type with good conformation all through and moved pretty well especially behind, good strong rear and correct tail carriage. Good clear blue and rich tan markings. Just at the in between age and he is rather out of coat at this time.

Open 2nd Corben’s Astromelies Ulises via Caprioara ( imp ESP) 5 yr old Masculine dark sable, well balanced mature mle with a strong masculine head.well made all through and he moved very well all round, in full coat, not keen on showing his ears today