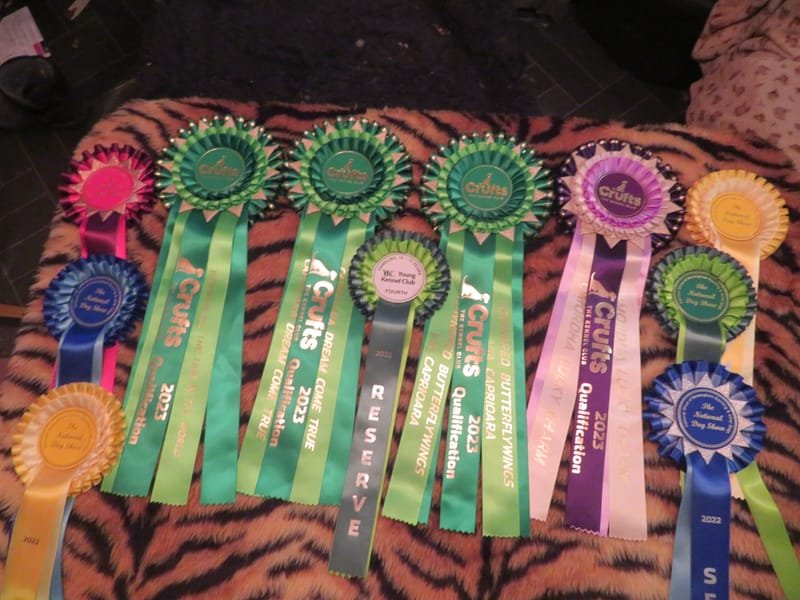 This was Flints first ever show. Minor puppy dog class 3 entered and Flint was placed 1st so he qualified for Crufts 2023. 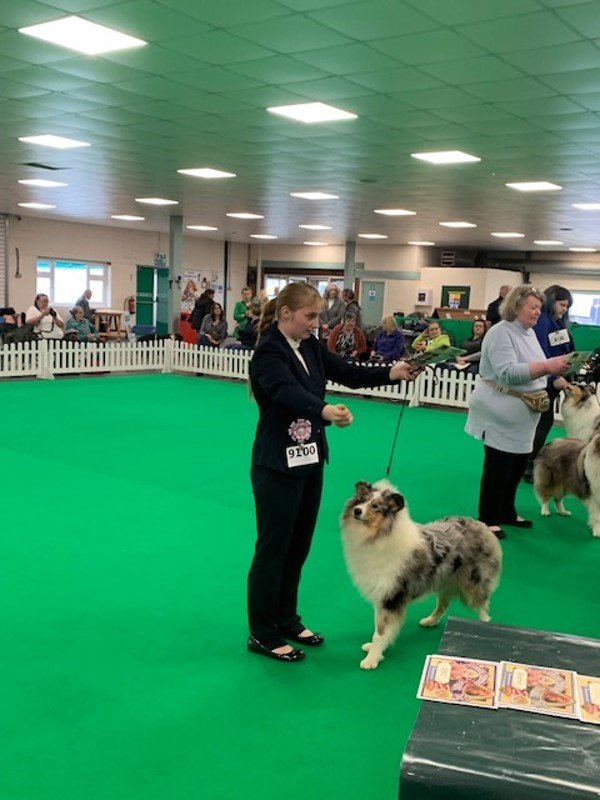 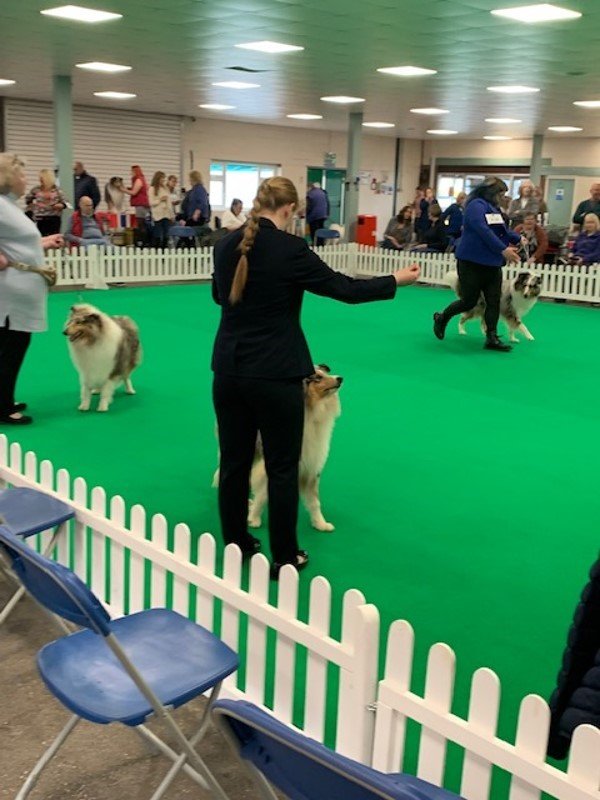 This was Percy’s first ever show he was in the Post Graduate dog class where there was 10 entries and he was placed 4th so just missing out on a Crufts qualifier.

Then onto the girls

Narnia was in the junior class , she was placed 3rd so she too has qualified for Crufts 2023 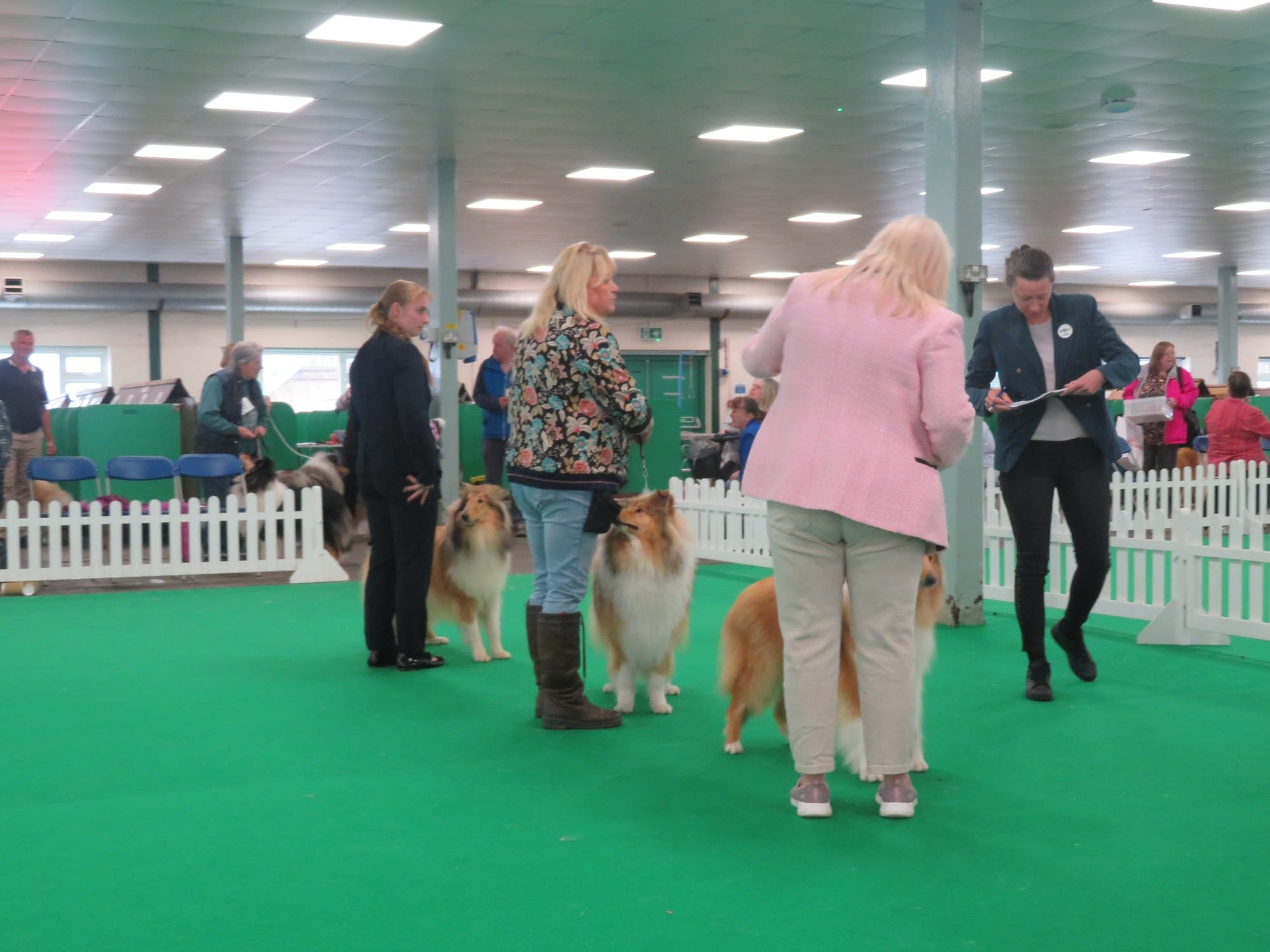 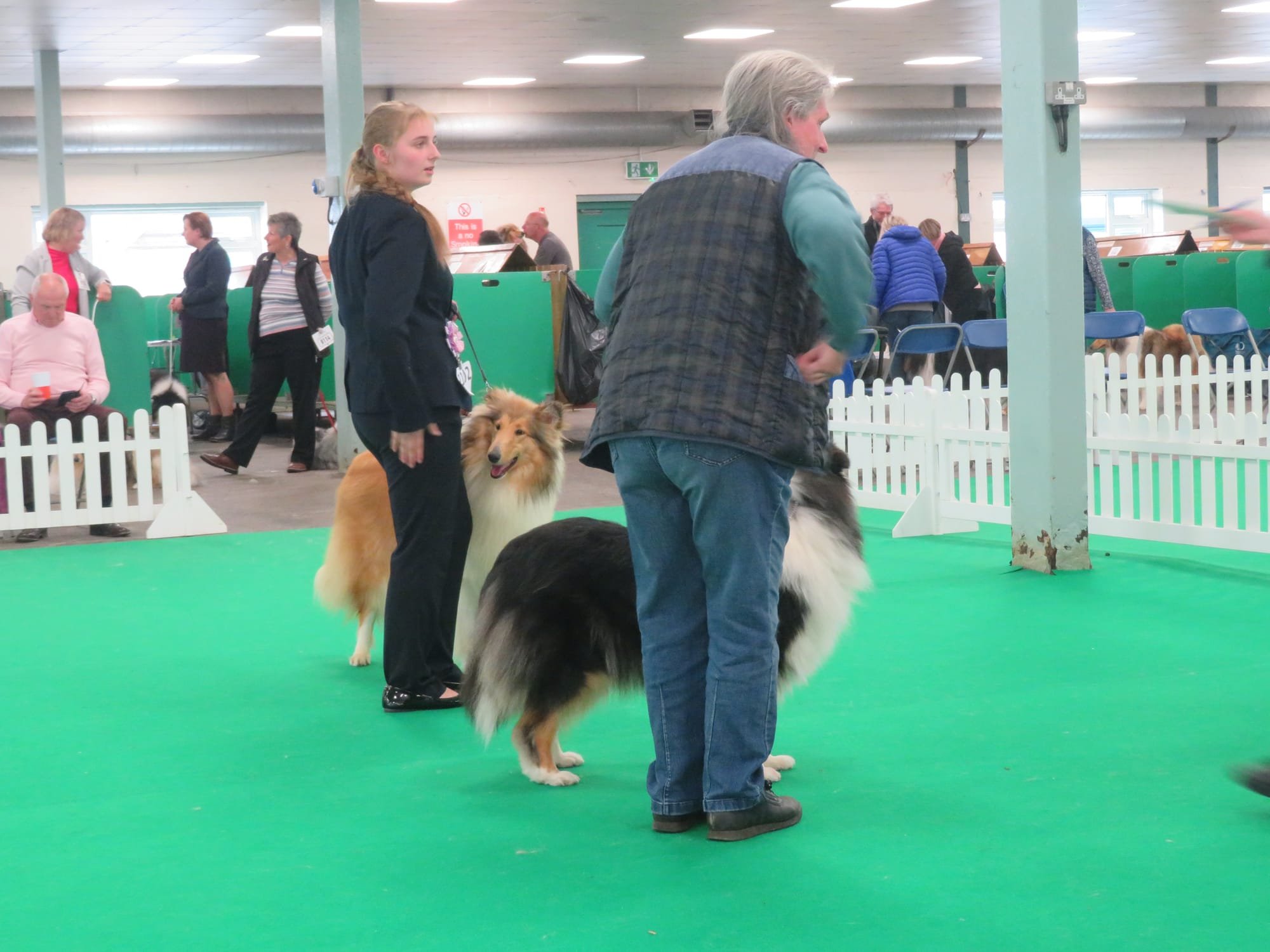 Now onto the smooth collies.

The Judge for the Smooths was Mrs Sue Hewart-Chambers

Diablo was in the Post Graduate dog class he was placed 2nd he gained his second Crufts qualifier. 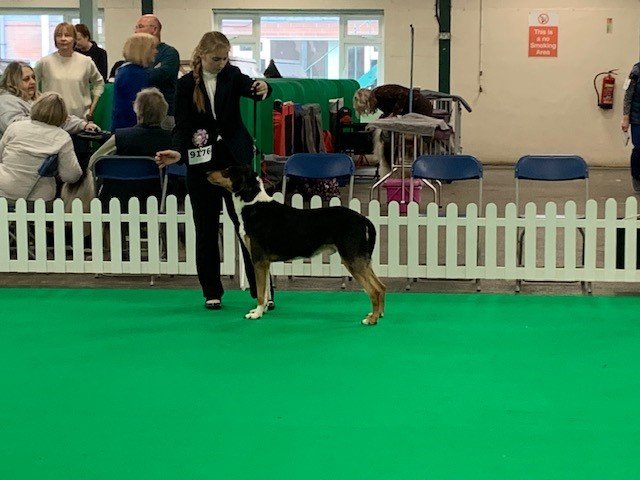 Angel was in her last Junior bitch class Angel was placed 3rd so she too has gained a Crufts qualifier for 2023.

Then Georgie and Diablo went into the YKC members handling class 12-17 yr old this was both there first time in this competition to explain for those that don’t know, you get points for each place from1st to 5thp lace and during the year you have to gain 30 points to qualify for the YKC handling class at Crufts. There were 8 entries and Georgie and Diablo were placed 4th not bad for their first attempt. 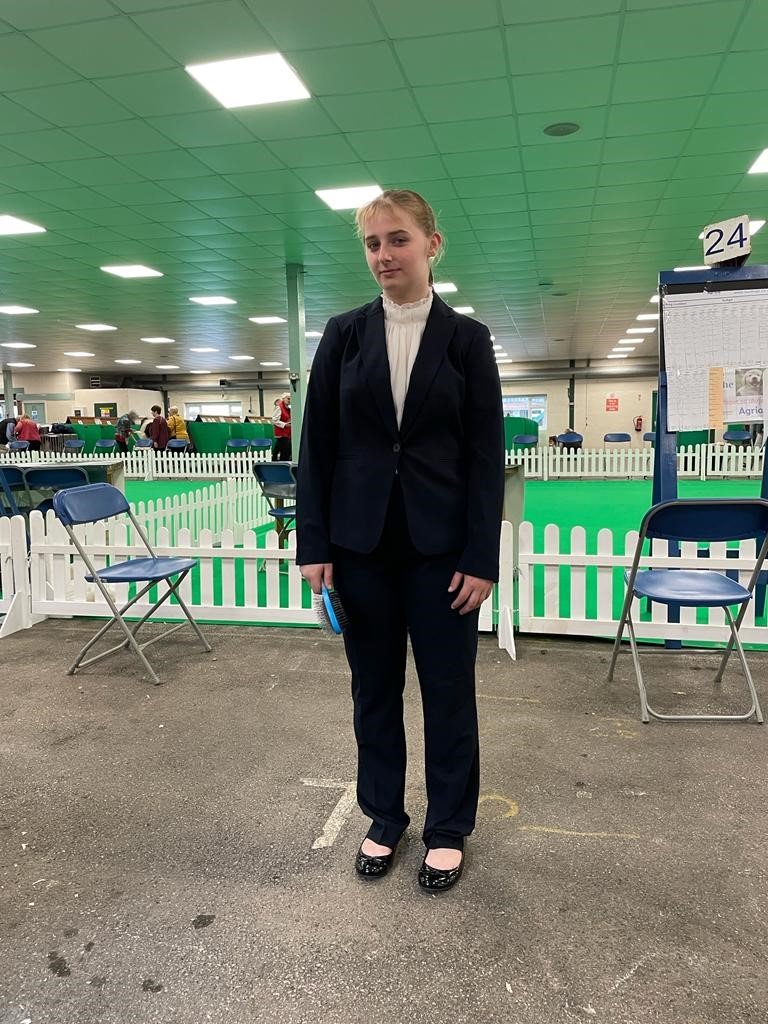 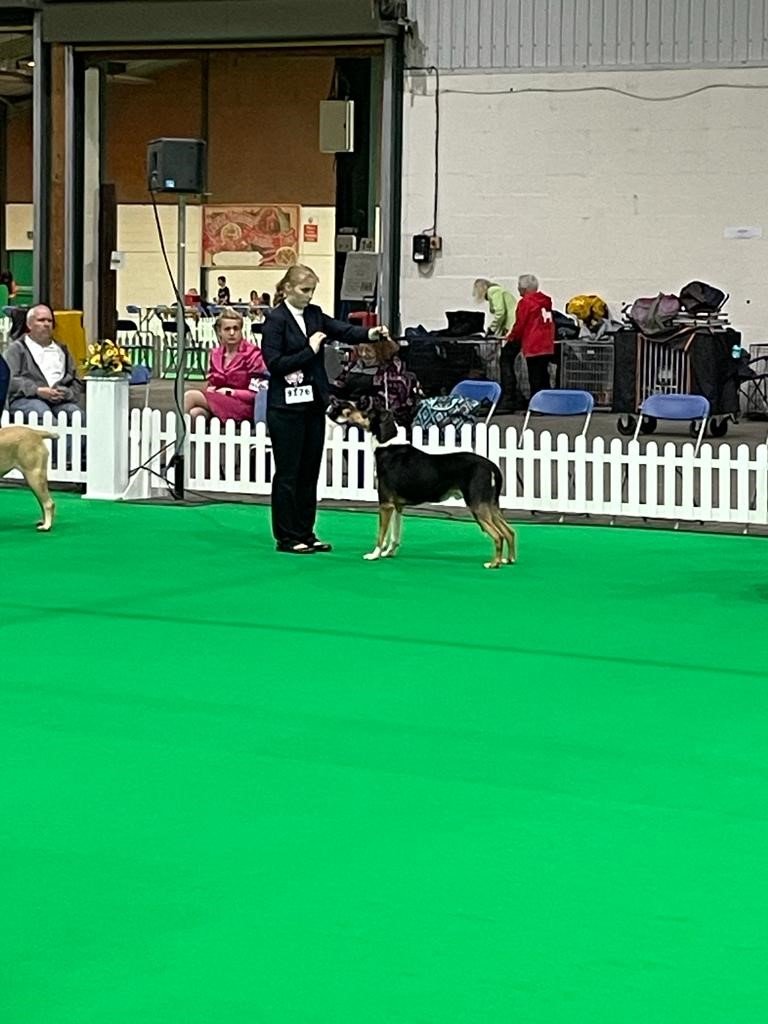