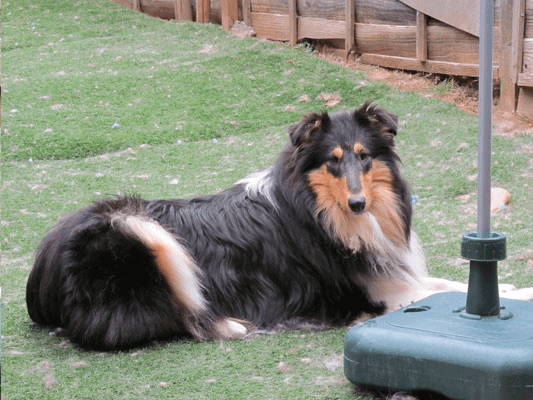 Caprioara Black Secret pet name Secrets. I gave her the KC name because at the time of her birth there was a lot of back stabbing and rumours going on in the collie world against certain persons , Secrets is a tri and also she was destined to go to Angela Harvey so I thought Black Secret.

Secrets is another home bred Tri girl who combines the old Wicani breeding and new genes from the USA. She is 21 inches at the shoulder has a really coal black coloured coat which is the fitting jacket type, She has almond shaped eyes and the correct long body shape. She also has correct dentation and long tail, her movement is also single tracking. 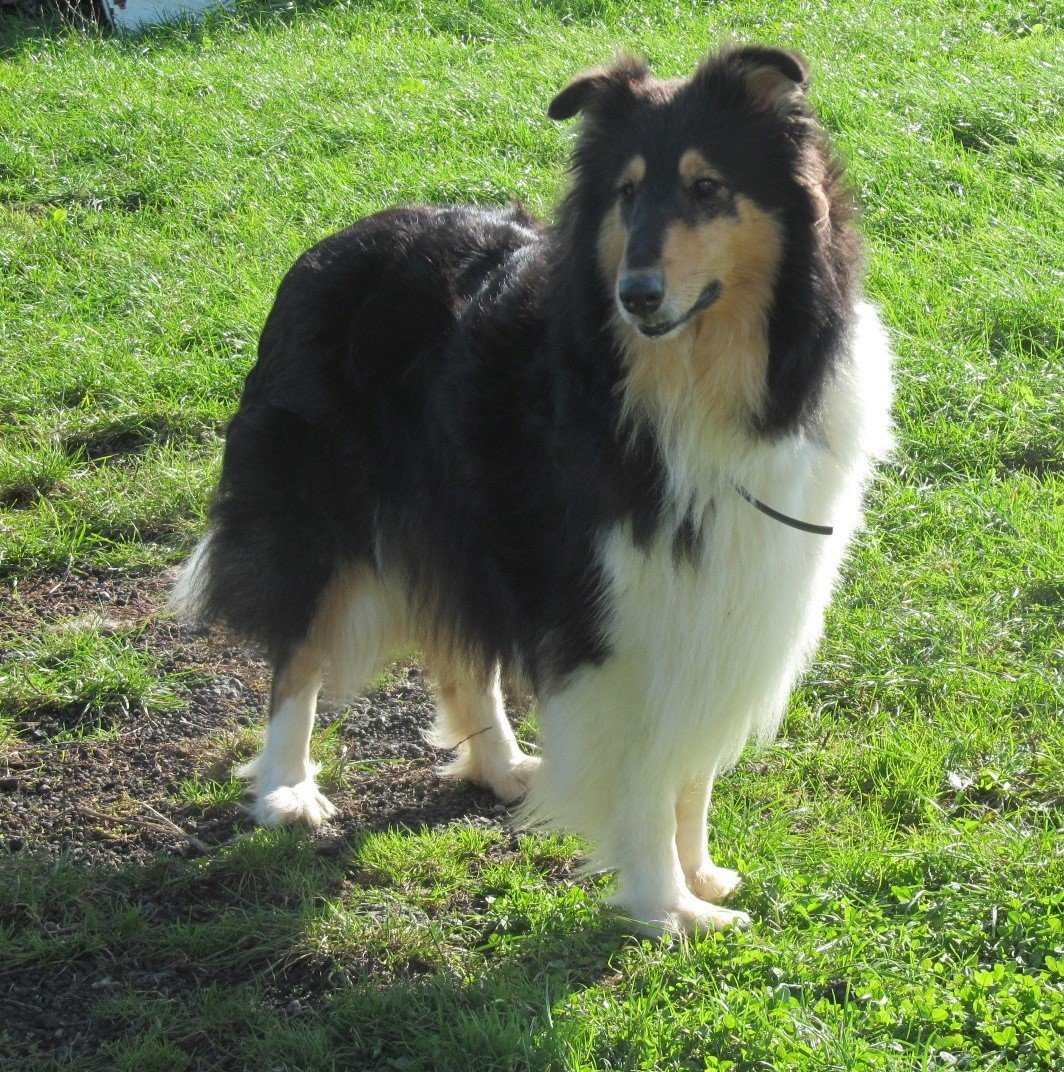 Secrets has been lightly shown because of maternal duties but she has managed to qualify twice for Crufts, she especially enjoyed her time on the green carpet. Secrets enjoys sitting ringside watching all that goes on

Secrets is a litter sister to our blue boy Ghost. 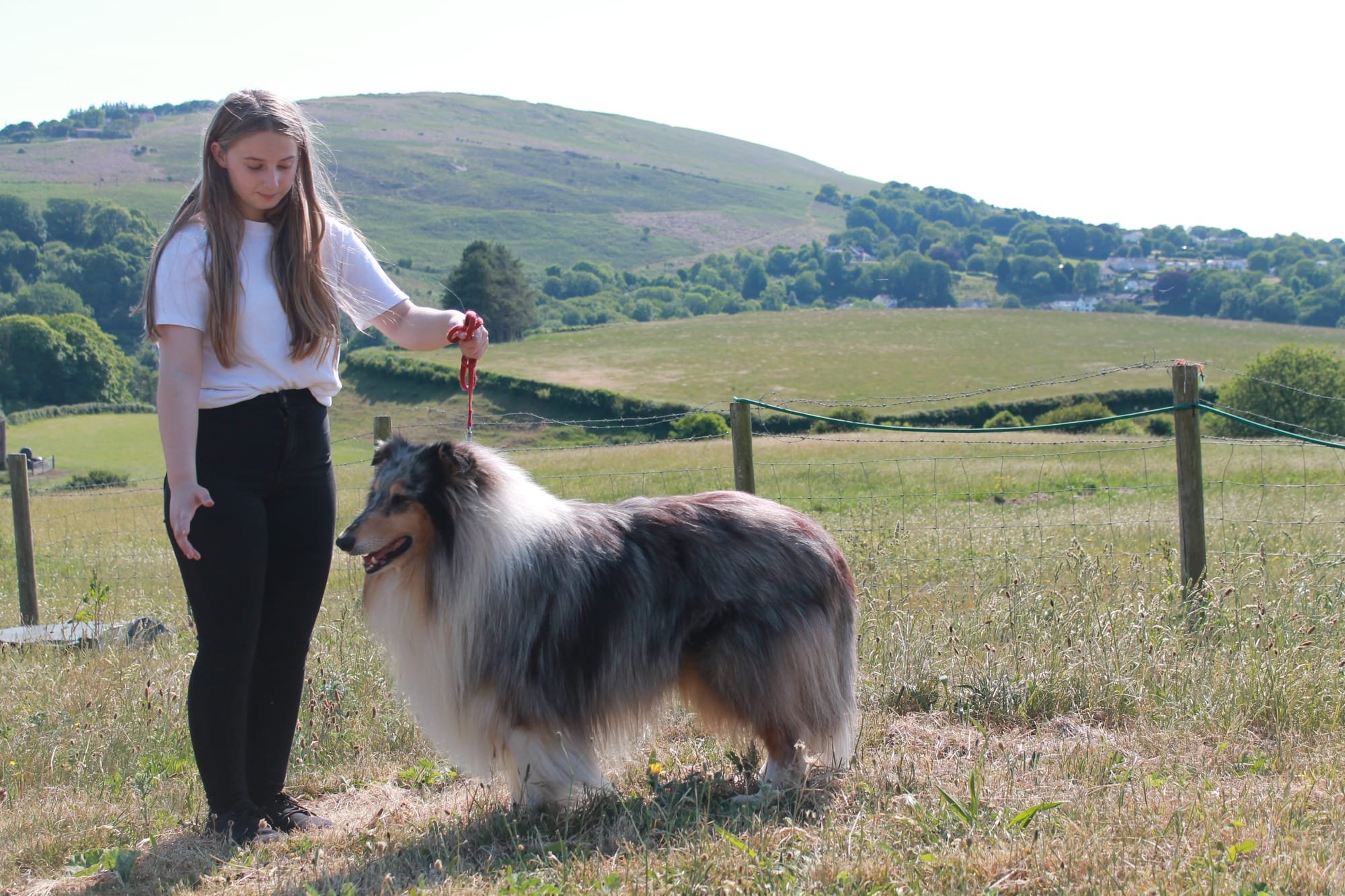 Secrets has had two litters, we kept a tri boy Raffles 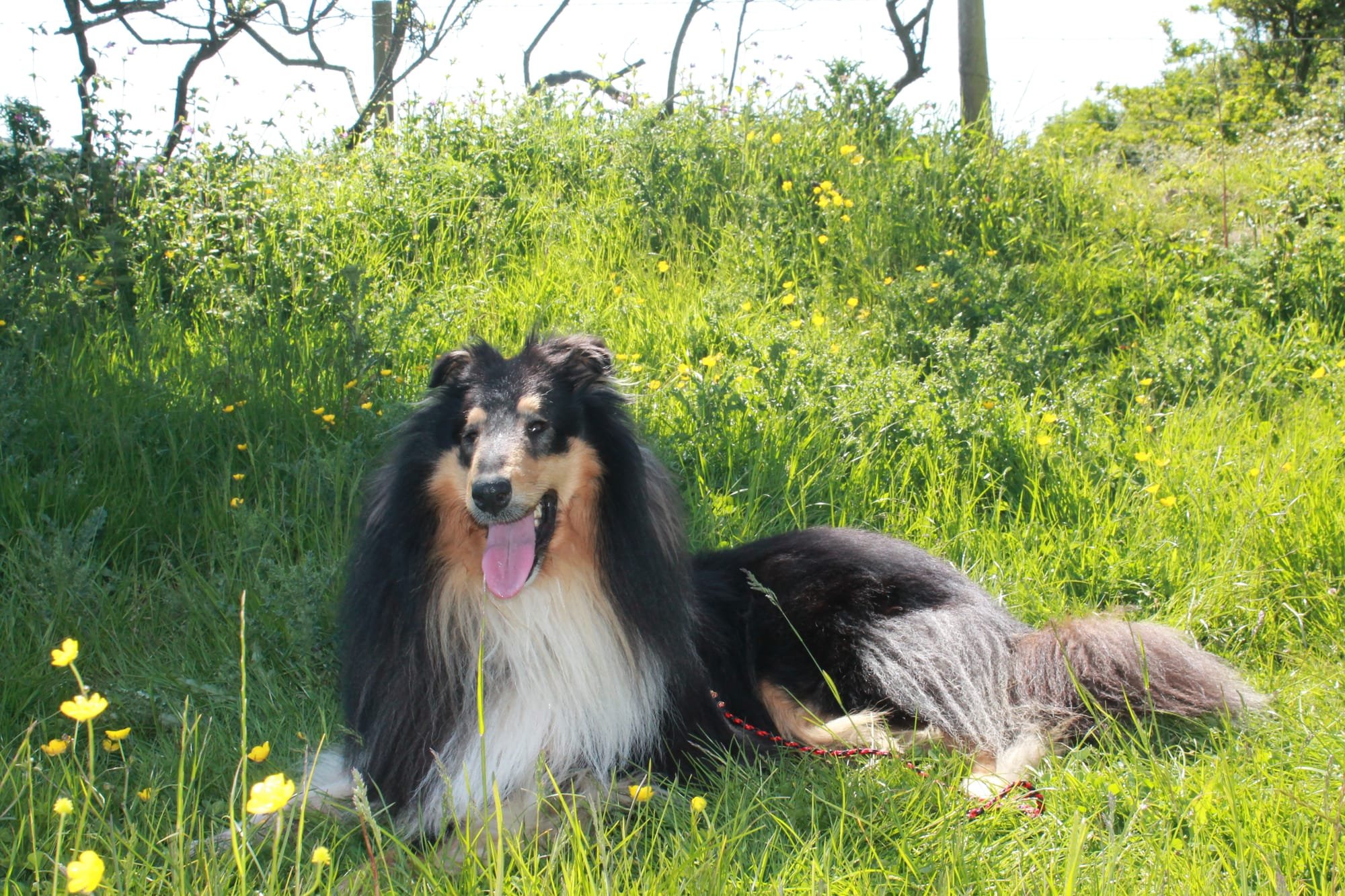 and then in the second litter we kept a tri girl Cola. 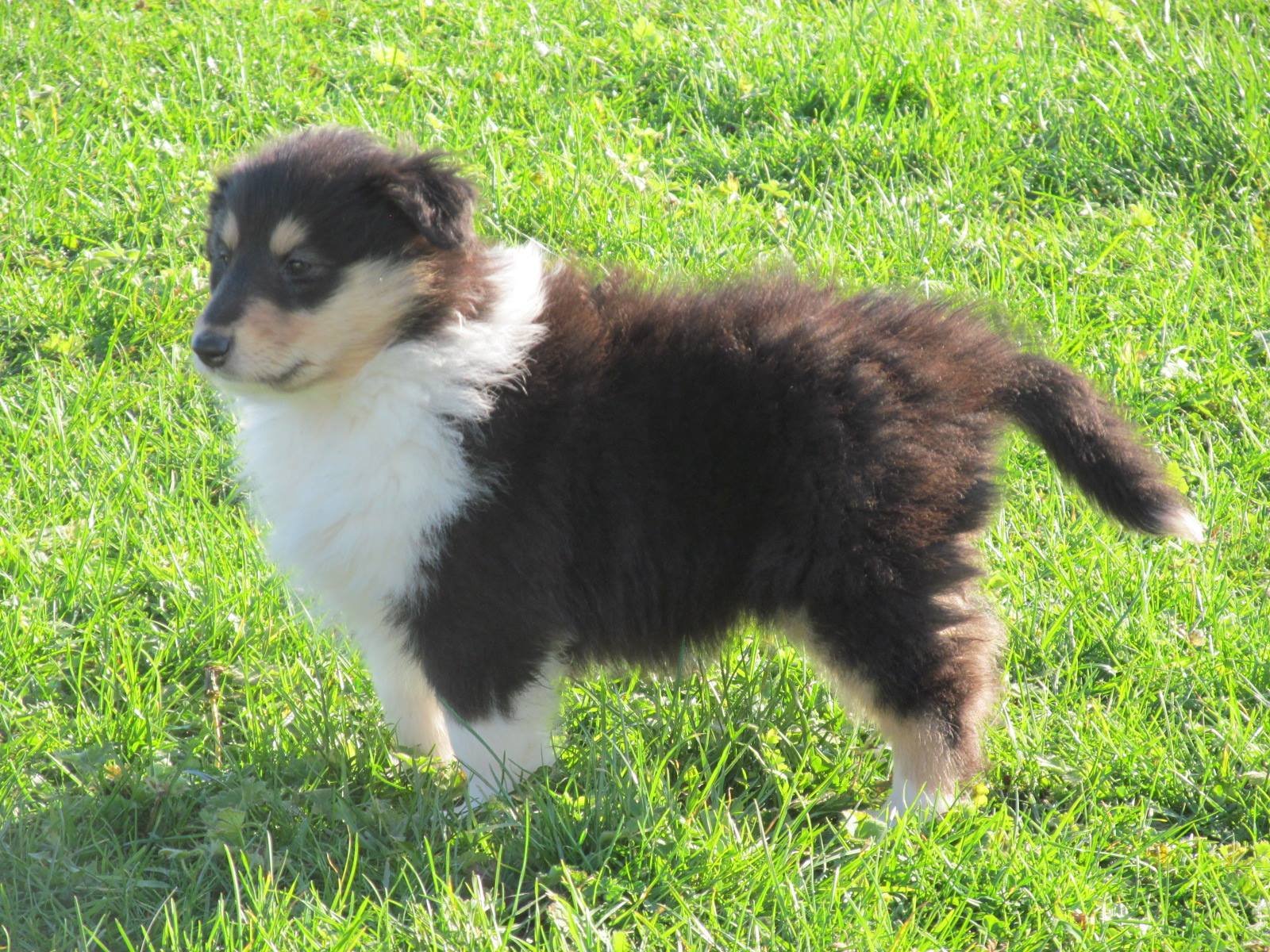 Secrets like her mother Dreamer is a wonderful mum, and Secrets is very important to our breeding plans. 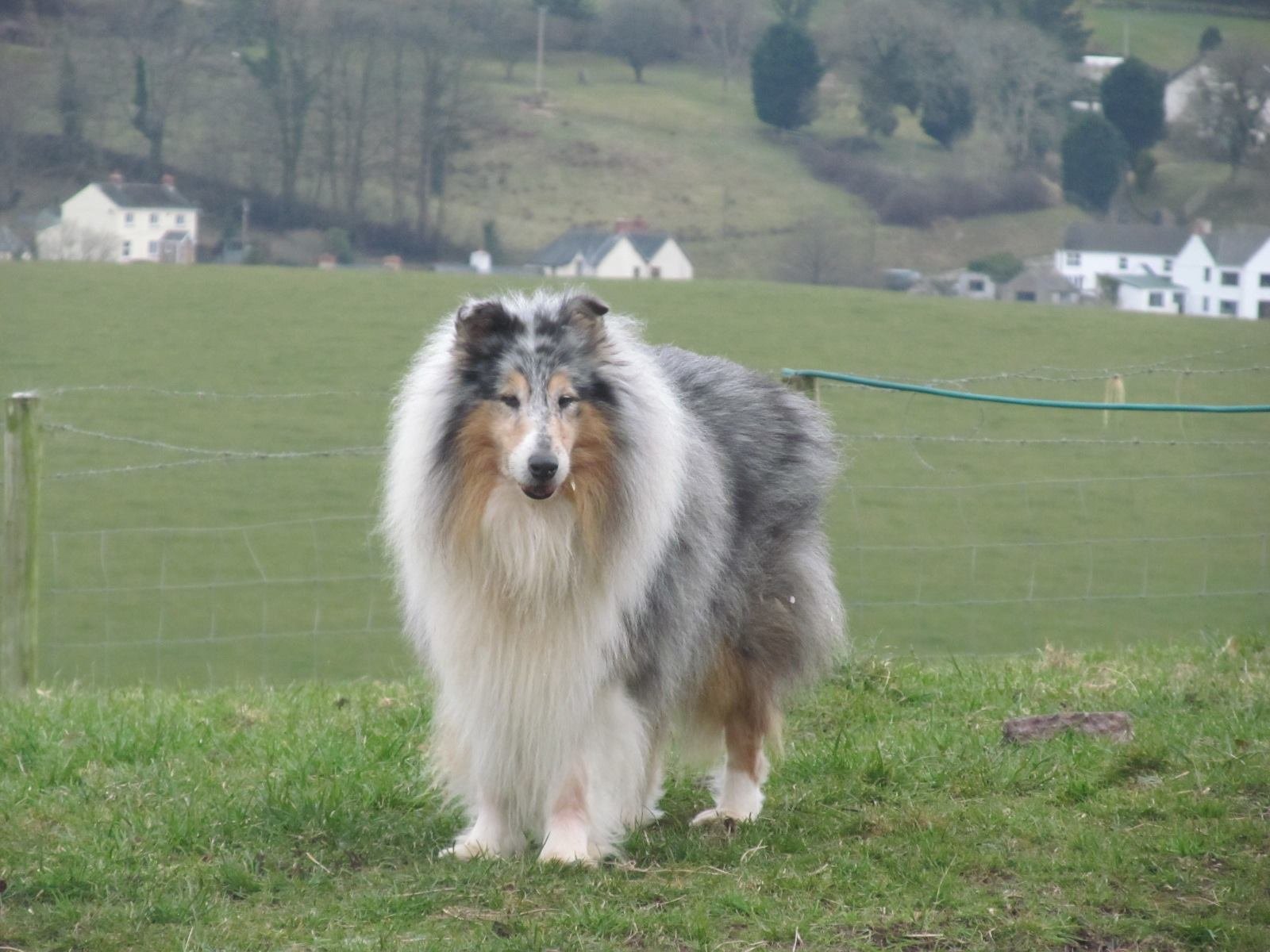 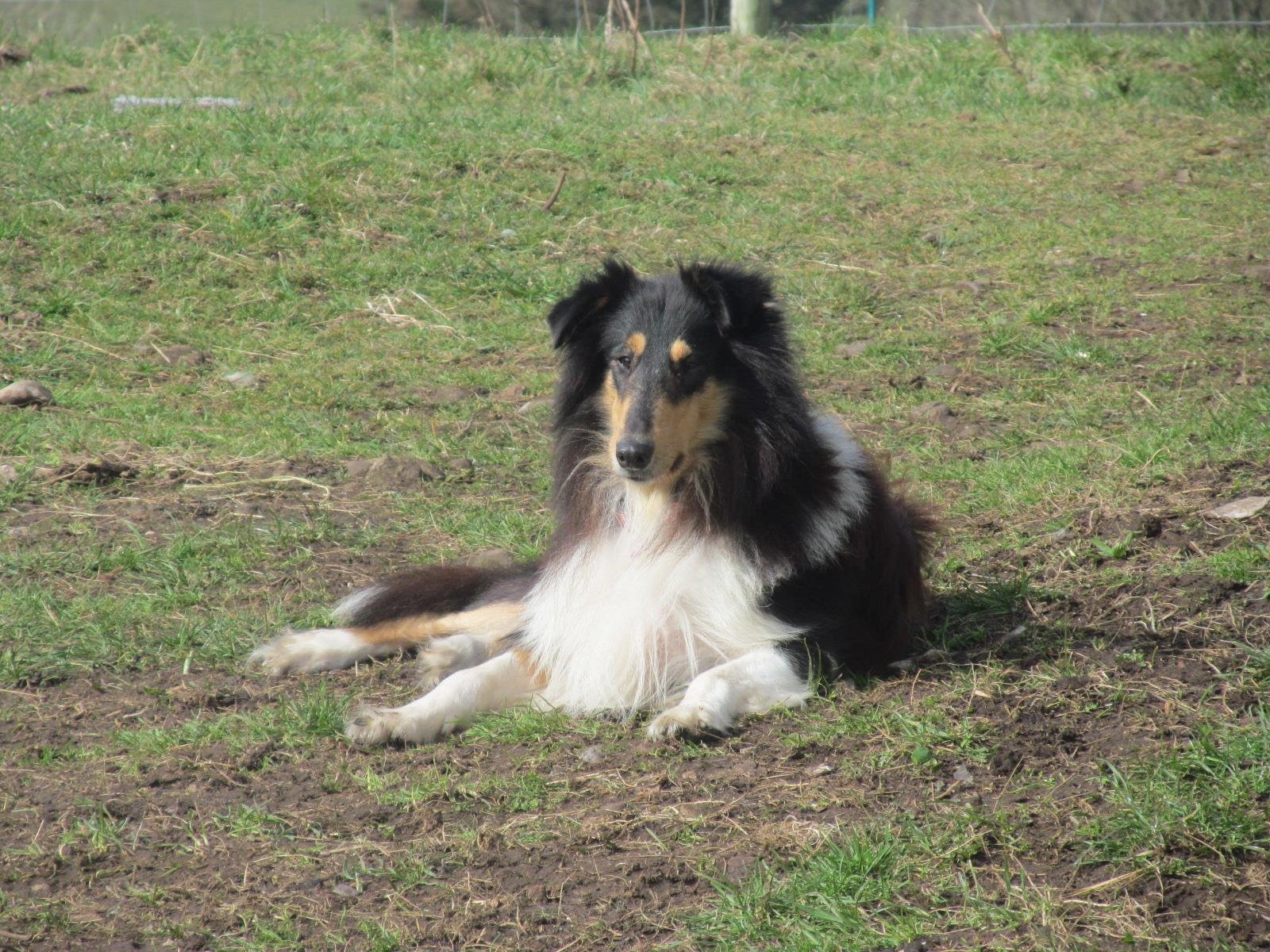