Hi friends well the shows look like they are starting up again yipeeeeeeeeeeee.

I went to my first show since Crufts 2020 and yes it was another very early start ( 2.30am) Yawn yawn lol The show was East Anglian Collie Association champ show held at Littleport that’s an awful long way from here on the farm.

I showed Ghost in Veteran dog class and he showed really well for me ( 1st time I have ever shown him) and Pat tells me that he never uses his ears in the ring well this day he did show those ears for me and we got placed 2nd . 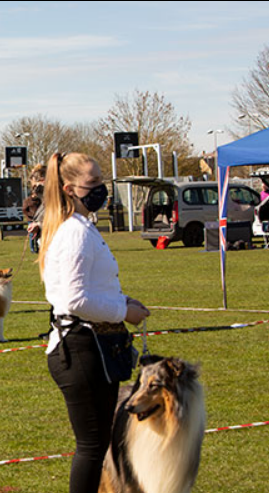 Then I showed Thistle ( who I co own) and he was stunning used his ears followed me round the ring and stood very still, he was placed 3rd in the junior dog class and so he was qualified for Crufts 2022. 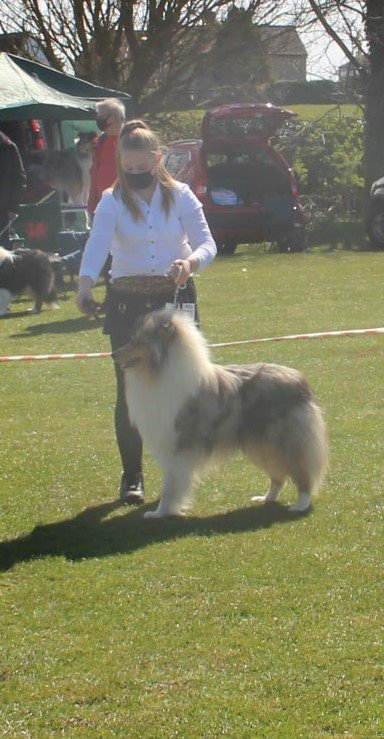 Then I went and showed Deliah in the Limit bitch class which was one of the biggest classes of the day, she showed brilliantly as she always does for me and sadly we was not placed, but I love her just the same. 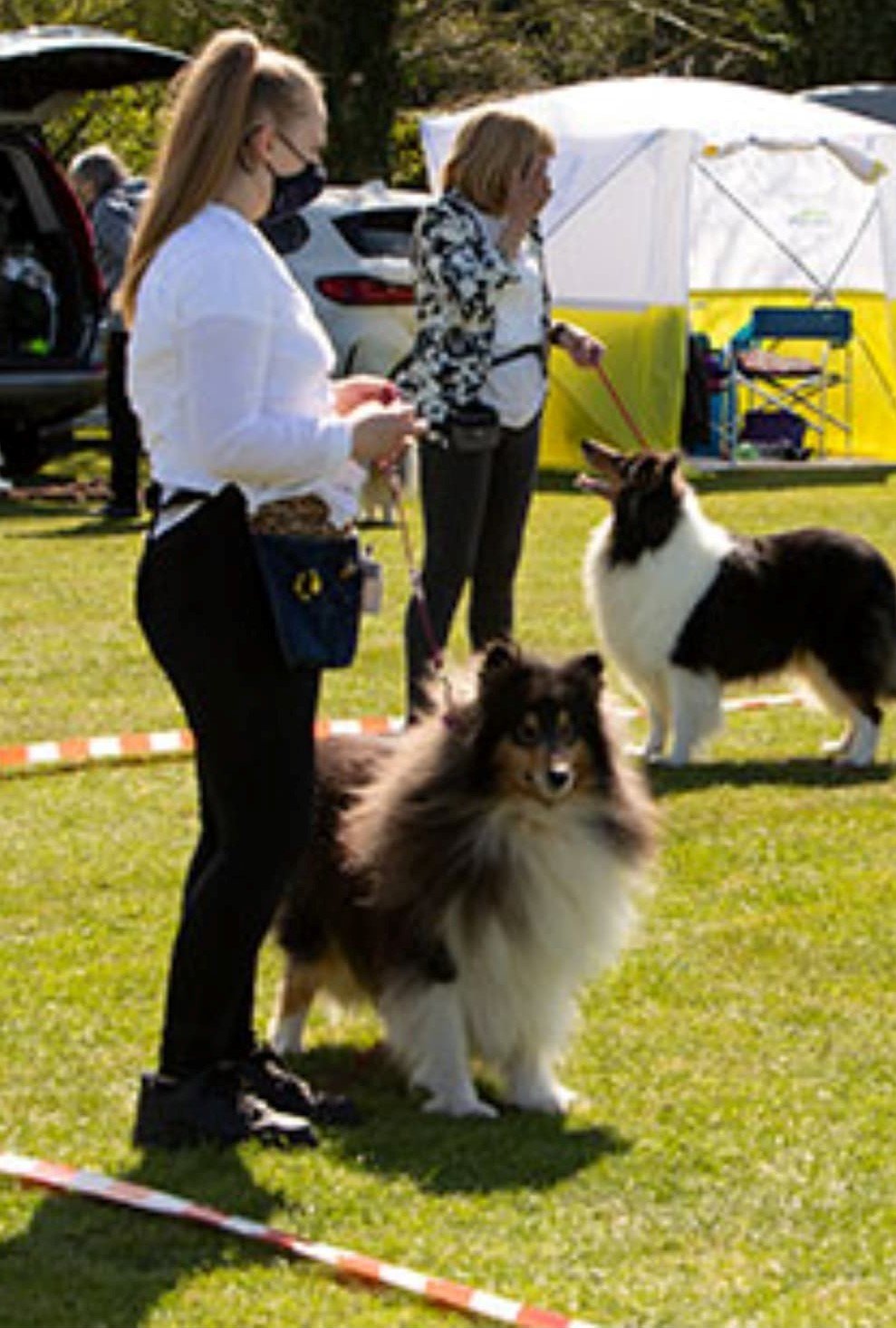 Then the smooth classes began and into the ring I went with Diablo ( who I also co own) and he was great he moved lovely stood to attention and just seemed to love it, he was in the junior dog class and was placed 4th. So this show was really run well and we had a good day, 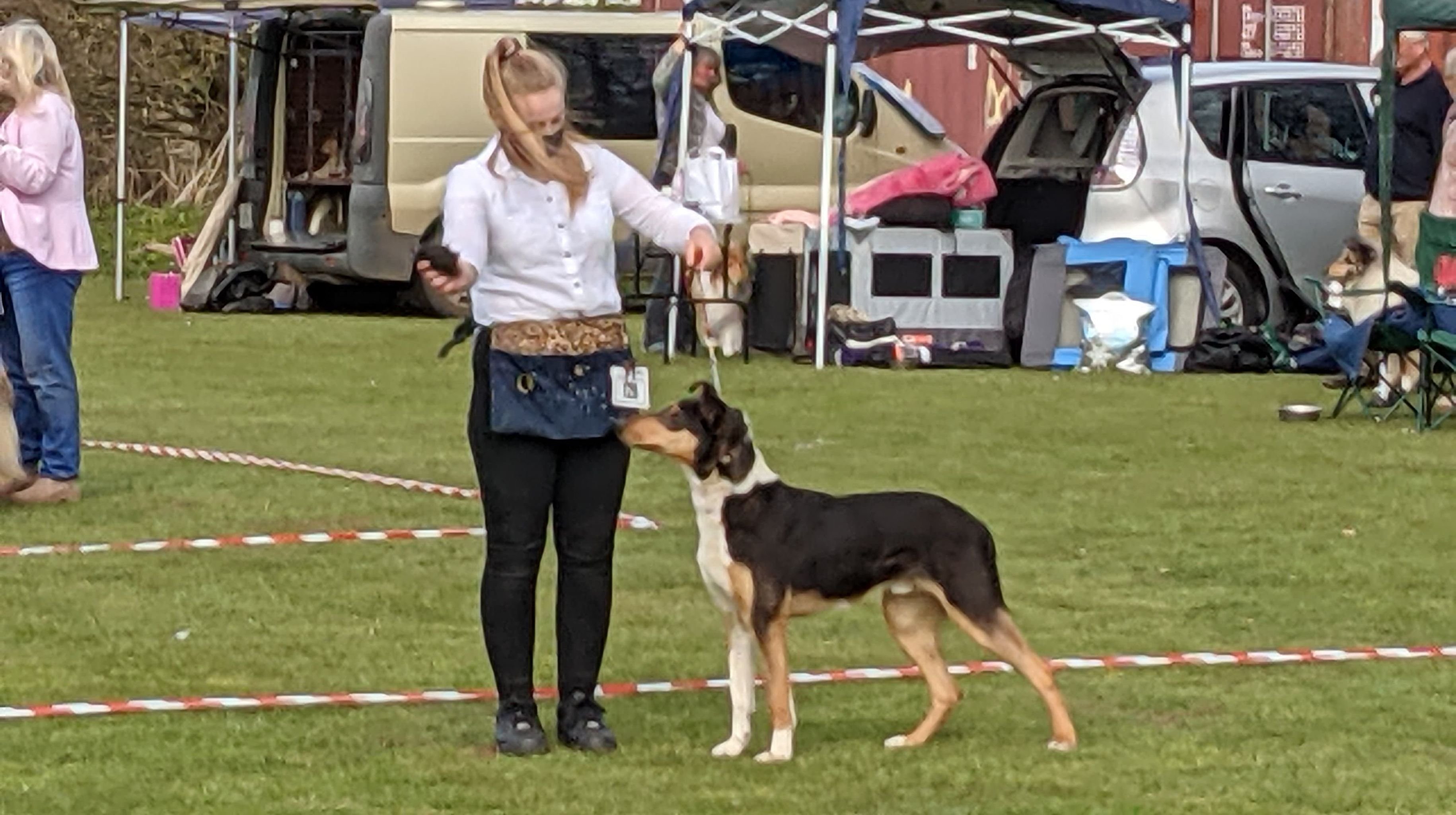 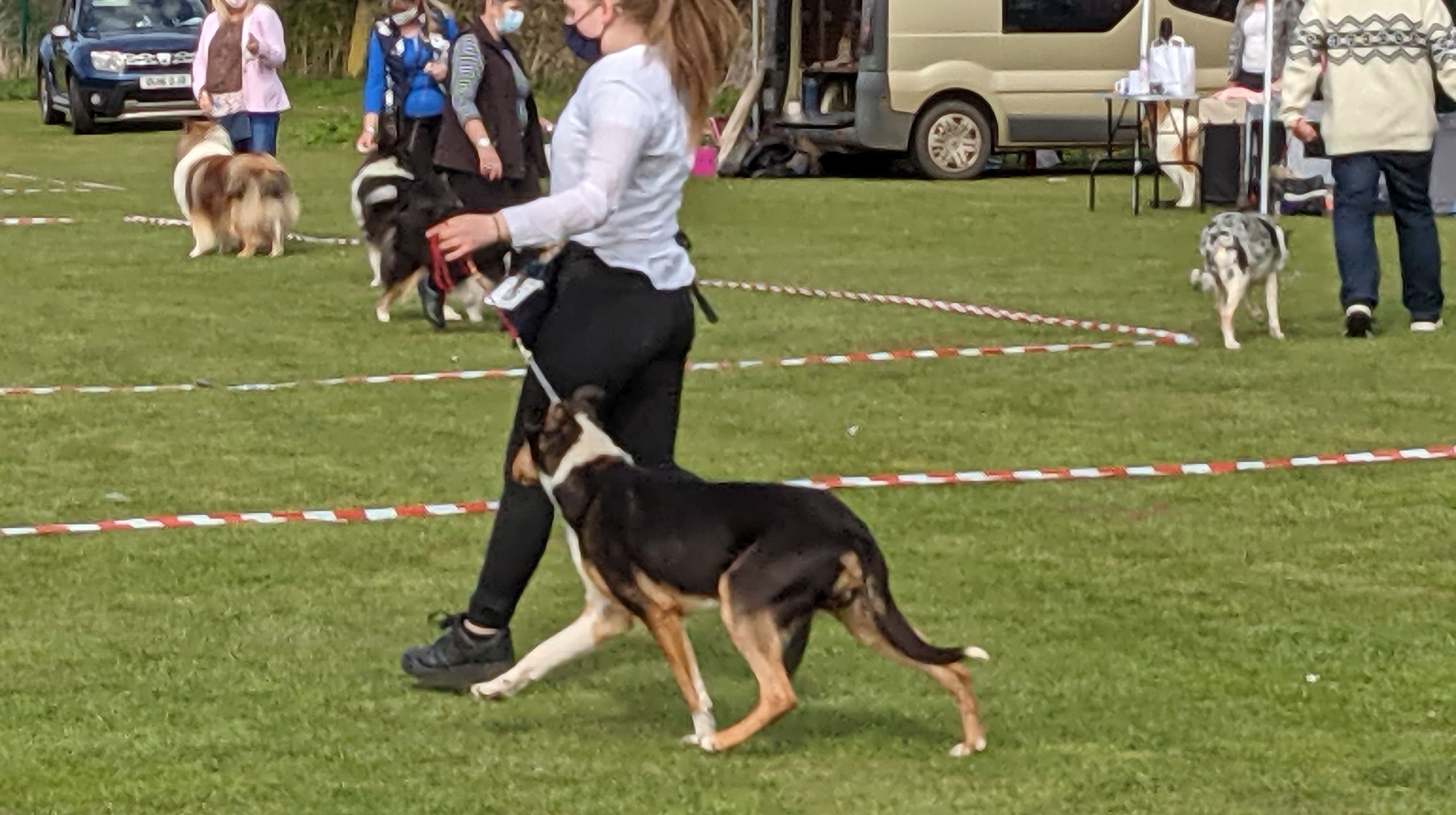 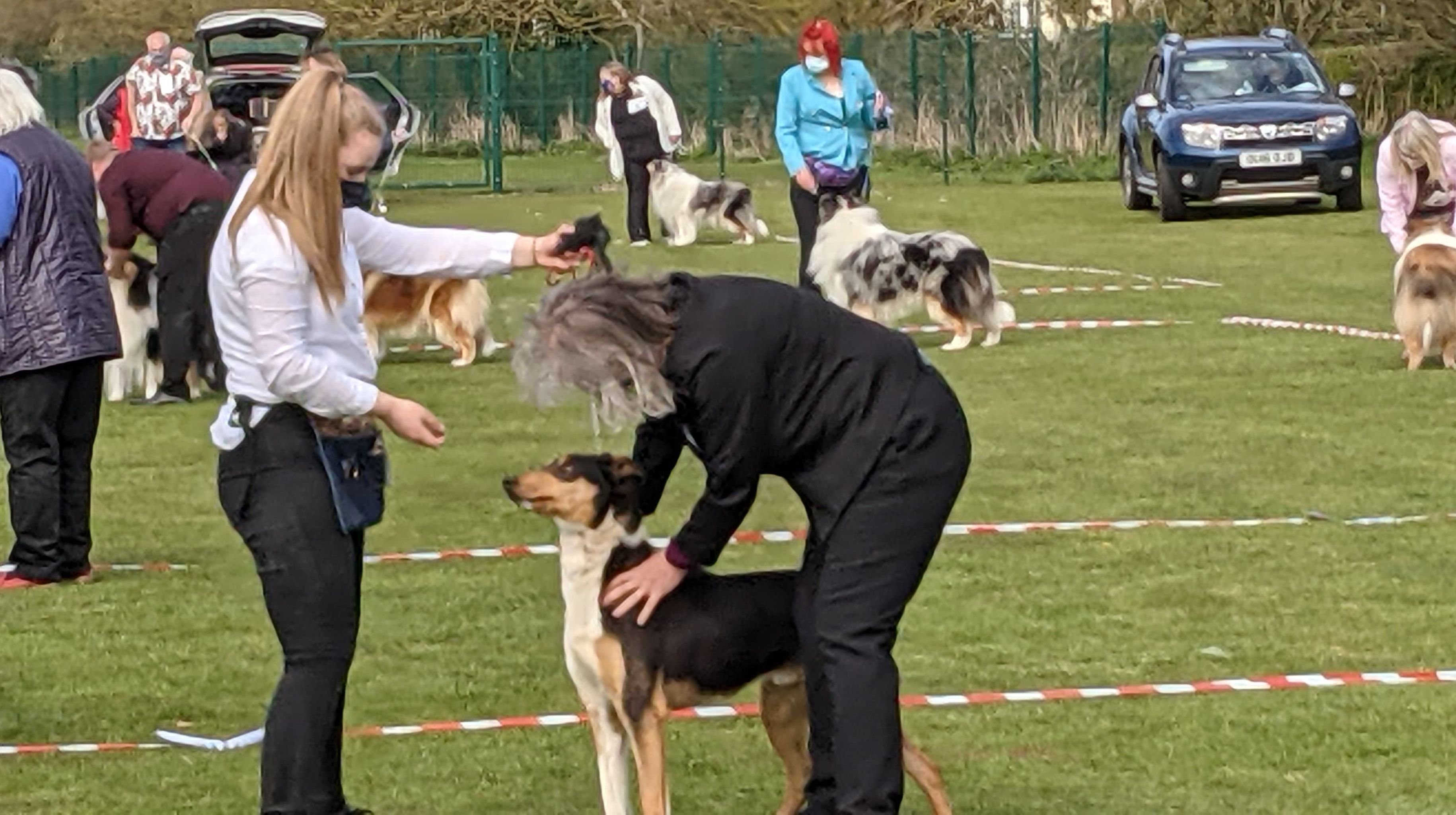 Afterwards I learnt that both Ghost and Thistle had qualified for the E.A.C.A dog of the year to be held at little port next year. Then we had another show at the same place and same time this was the E.A.C.A. open show and yes we were entered in that show too.

Sadly Ghost was not placed in the veteran class and Deliah was not placed either in her limit class but Thistle was placed 2nd in the junior dog class and Diablo was placed 5th in the post grad class for smooths so another few rosettes ended up coming my way. So I enjoyed the shows and its great to be back and spending the day with my dogs and Pat and Barry. Looking forward to the next show now. 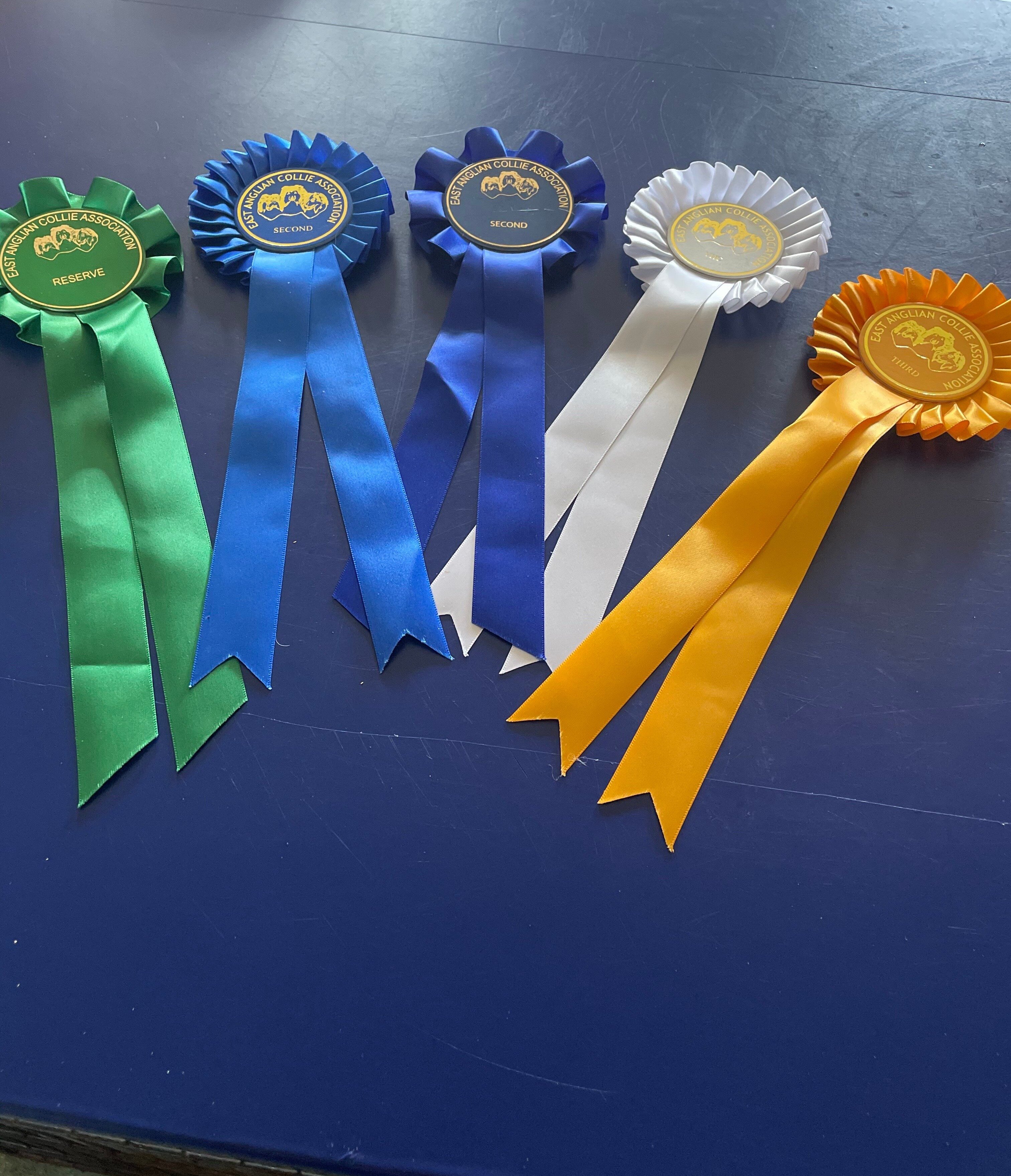