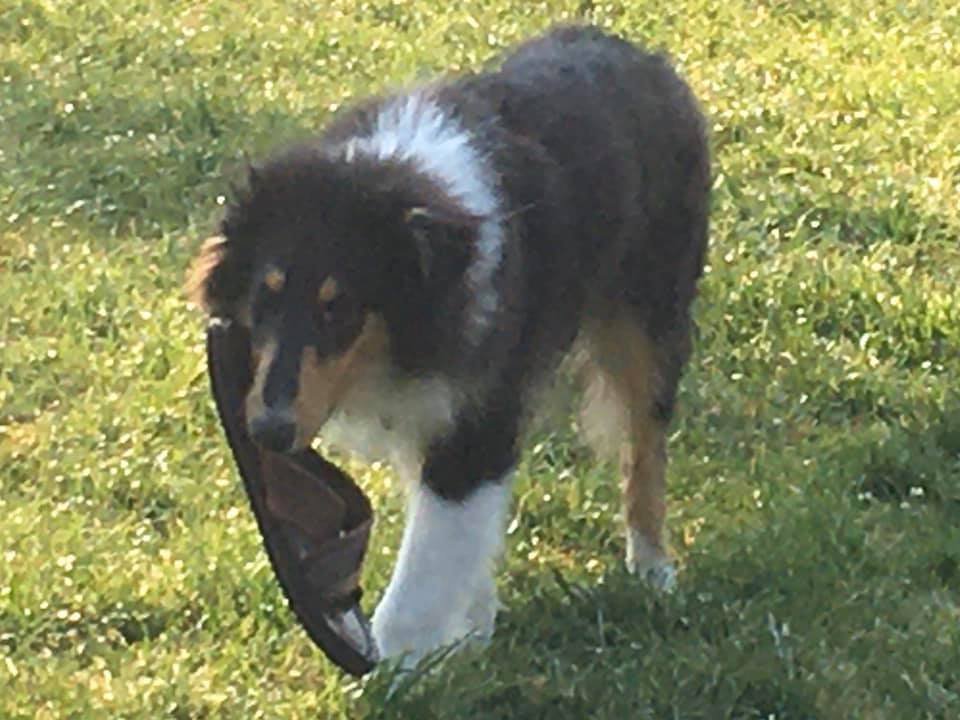 Two things you should know firstly my husband looovvveeessss a spreadsheet and secondly he doesn't consider himself a dog lover as always having a cat when growing up , I love dogs but it wasn't until recently that I thought that we had the time to give a dog the proper care and attention.

Just over a year ago I had given up work, having for many years resisted the children’s pleas of can we get a dog,  I was the one now asking …eek. Initially I was met with resistance. we have more time for each other now and I want to be doing more travelling and for us to do more things a dog would be nice in the future, I wasn’t happy.

I persisted at Christmas time we had a break through, you know I will give in eventually said my husband but I didn't want Griff to give in I wanted him to be happy about it too. So I suggested why didn’t he create a doggy spread sheet Genius. So now he was on board, but as Griffin doe’s he was taking ages for him too finally agree. Me, once I have decided I want things to happen quickly! I bought a dog blanket and bowl in the weekly shop.

Having seen and shown Griffin a photo of a beautiful tricolour puppy on collie life I asked what do you think? Well he said you might as well call there is no harm in finding out. I pushed just a little harder and asked are we doing this or not! And if not, then I will have to get over it and move on. Procrastination over, game on, I called Pat on the Wednesday evening (literally I was on my way out to go swimming with a friend) and arranged to go and see the puppy on the Friday, Thursday was spent in a frenzy getting all that we needed for our new baby. 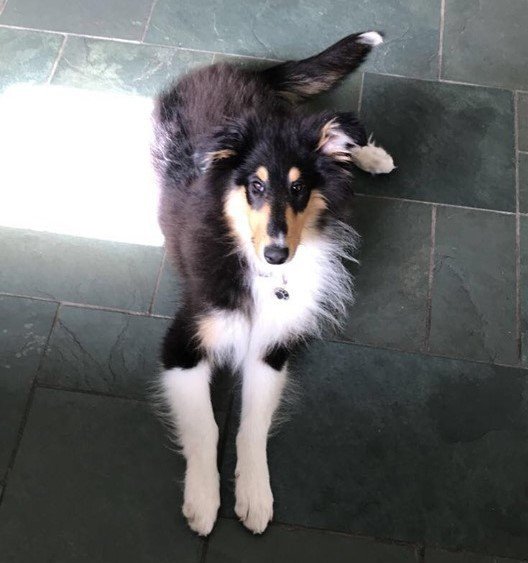 I couldn’t sleep and so was up early on the Friday the weather was awful but we wasn’t going to be put off.

We walked in and seeing the very handsome Zorro and his beautiful mother Winter we were both hooked. There was no way we were leaving without him. As for Griff I knew he would be alright because as we were leaving he gave Winter a cuddle and promised her that we would look after her boy, I love my husband and this melted my heart. 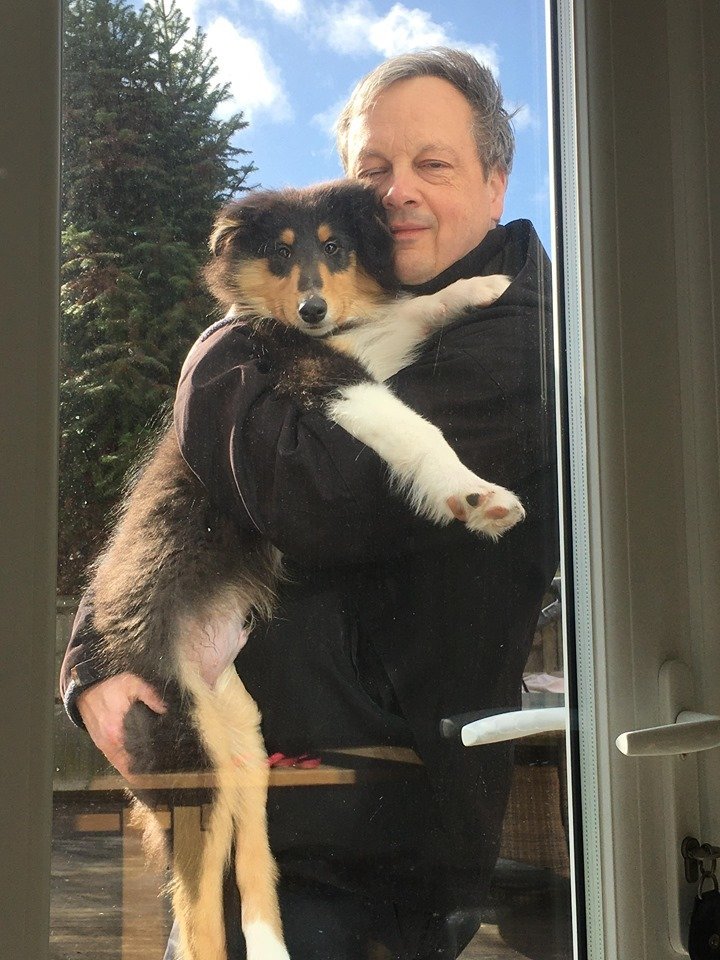 That first greeting is why I am always up first, We have taught him such a lot and he is easy to teach, Zorro is everything I wanted and now our family is complete 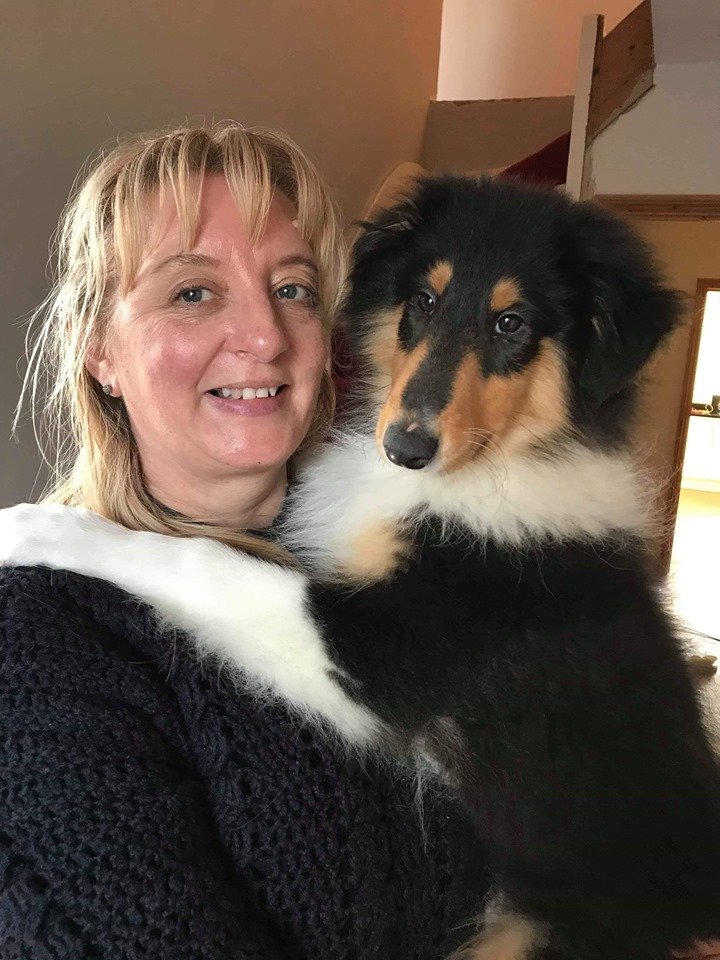 We cannot thank Pat enough for such a family member.